John Kelly Defends Rob Porter Fallout to Reporters: ‘I Have Absolutely Nothing’ to Resign Over 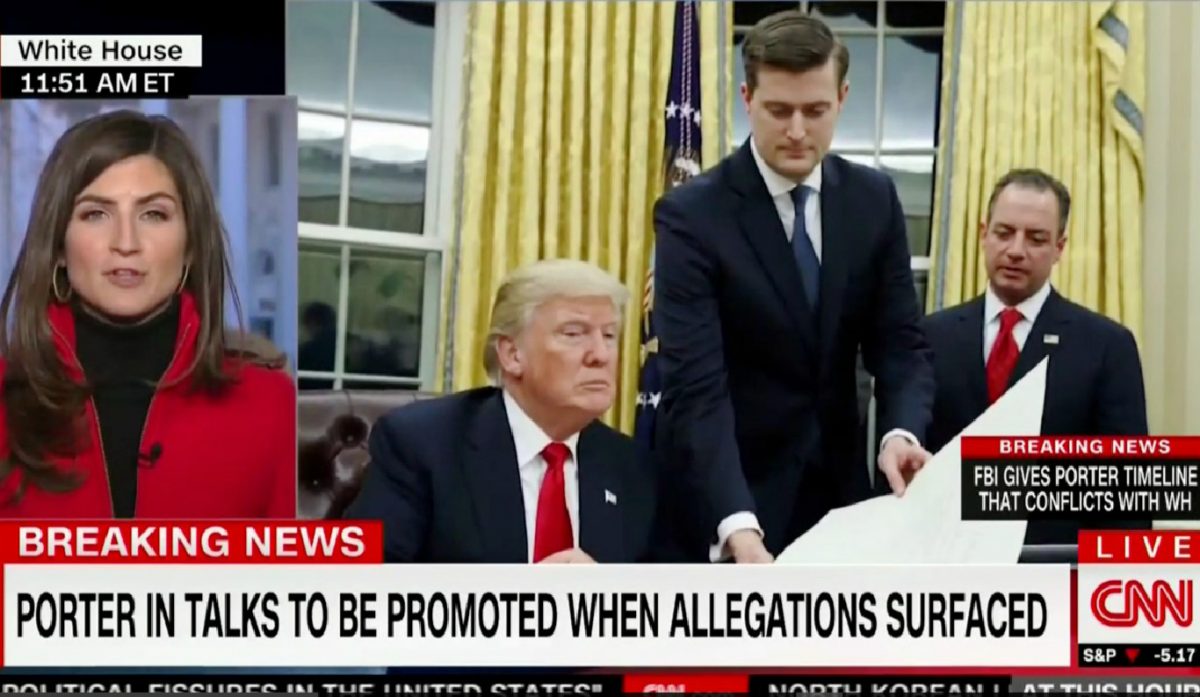 White House chief of staff John Kelly spoke to reporters on Friday in an effort to clear up the controversy surrounding the ouster of senior aide Rob Porter, who resigned last month after both of his ex wives accused him of domestic abuse.

Kelly, who has come under fire for his handling of the scandal, and faced questions about when he knew of the allegations against Porter, told reporters he never considered resigning over the debacle.

“I have absolutely nothing to even consider resigning over,” Kelly said, per CNN.

He did concede, however, that White House officials “didn’t cover ourselves in glory” in their handling of the fallout.

Kelly also detailed the timeline of when he and other senior aides found out about the allegations, claiming they were made aware of the “serious accusation” on February 6, when Daily Mail reporters began asking for comment for their story on Porter.

Reporters on Friday pressed Kelly on why he released a full-throated defense of Porter in a statement despite knowing about the allegations, to which he reportedly explained:

“We put out a statement of support for him and an hour later now find out there’s a second report — still not in the press, still no pictures — just an inquiry by someone probably in this room that said ‘Hey, his first wife of 15 years ago says that there was physical abuse,’ ” Kelly said. “He had already resigned. I just talked to Rob again to make sure he knew he had resigned.”

Kelly said during the briefing that he released those statements based on his personal interactions with Porter in the White House and blamed a mix up over the timing of when Porter would be leaving his post.

“Kelly’s explanation did not fully comport with CNN’s reporting on the Porter scandal, however,” CNN noted.