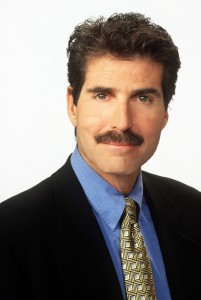 Columnists and cable news anchors (of which John Stossel is both) have the very important role of articulating the varied opinions of the national consciousness. Yet Stossel’s latest column, “Entrepreneurship Helps Make America Great,” fails to articulate much of anything past a general “Yay, America!” sentiment and winds up unintentionally insulting down-on-their-luck Americans rather than inspiring them.

In his column, Stossel, ever the free-market proponent, attempts to make the worst recession since the Great Depression look not-really-all-that-bad, at least for Americans. How so? In Stossel’s words, “One reason is that America is a great place to do business.” Stossel spends his column regaling his readers with the story of starting his own business (which he names “The Stossel Store,” by the way) and waxing poetic about how relatively easy it is to start a business in the United States. Stossel then goes the entirely cliché route of bringing up Thomas Edison as an analogy for the “resiliency of the American spirit.” Yes, I’m sure a patronizing story about lightbulbs is all Americans need to cure their recession blues and make horrendous unemployment numbers all better.

But what’s perhaps most annoying with Stossel’s column is how, aside from a pseudo-ominous line about bureaucrats “threatening this good part of America,” there’s no mention of current political events. Really, it’s just a pro-America feel-good piece, not a column-worthy argument. “Yay, America!” is not a newsworthy premise, and given that it’s hard to start a business without any money or capital, I’m not sure the “Americans should just start their own businesses” argument is going to go over well as the solution for all our unemployment woes.

And on a side note, to avoid sounding too biased or cliche, Stossel should really shy away from quoting books with titles like What’s So Great About America. Seriously.