Judd Apatow is ‘Devastated’ By the Louisiana Shooting During Trainwreck Showing

Judd Apatow is ‘Devastated’ By the Louisiana Shooting During Trainwreck Showing 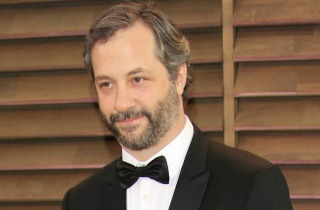 On Thursday night, John Houser opened fire in a Louisiana movie theater, killing two moviegoers and injuring 9 more while they were watching the comedy film Trainwreck. On Friday, film director Judd Apatow and others amongst the cast released statements about how the event has left them “devastated.”

“One of the reasons we make these movies is because the world can be so horrifying and we all need to laugh just to deal with it,” Apatow told the Hollywood Reporter. “So to have this happen in a room where people were smiling and laughing devastates me. My thoughts and love go out to the victims and anyone touched by this madness or any madness.”

Apatow has spoken about gun violence in the past, having told Deadline in February, “It’s shocking that even after all the mass shootings that have happened that there isn’t more being done to make our country safer.” Today, Apatow pointed to the shooting to say “we, as a country, need to find a way to do better.”

Film actors Amy Schumer and John Cena, previously took to Twitter to offer their sympathies and condolences to the victims:

My heart is broken and all my thoughts and prayers are with everyone in Louisiana.

Hearing now of the tragedy in Layfayette, my deepest sympathies to the victims, their families, and the community.

The film’s production company, Universal Pictures, has also given a statement expressing their regrets on the violence. “All of us at Universal Pictures send our heartfelt sympathies to the victims of this senseless tragedy and their families in Louisiana.”