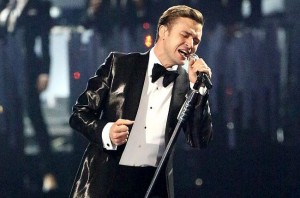 Pop star Justin Timberlake received flack on Twitter after he tweeted his support for actor Jesse Williams‘ stirring speech on racism at the BET Awards.

Timberlake was then barraged with comments accusing him of “cultural appropriation” and “gentrification” and blaming him for the Janet Jackson Super Bowl wardrobe malfunction.

@jtimberlake @iJesseWilliams Did you like the part when Jesse talked about white people stealing from us? That should resonate with you.

@jtimberlake he was talking about ppl like u though. Not Protecting black women. Gentrification of our art.

Yeah, like how you threw Janet under the bus.
Left her hanging, talking all the backlash from Nipple Gate.

@jtimberlake inspired to do what? Continue to emulate black culture through your music while ignoring issues affecting black people?

Timberlake eventually hit back at his critics.

Oh, you sweet soul. The more you realize that we are the same, the more we can have a conversation.

But that earned him even more criticism, forcing him to apologize.

I feel misunderstood. I responded to a specific tweet that wasn’t meant to be a general response. I shouldn’t have responded anyway…

I apologize to anyone that felt I was out of turn. I have nothing but LOVE FOR YOU AND ALL OF US.