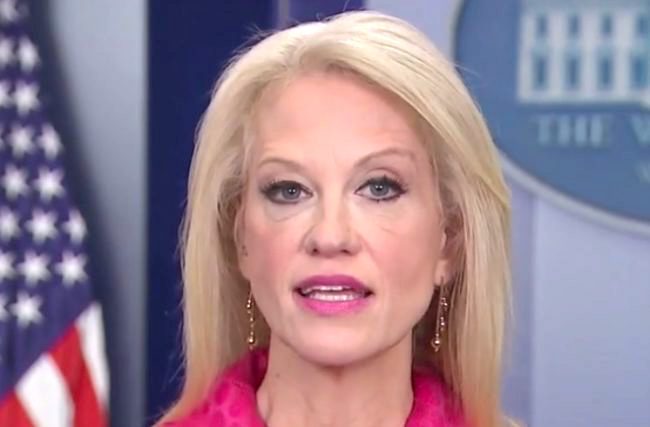 Kellyanne Conway is disputing a report this afternoon that says she has been sidelined from TV appearances by the Trump administration.

CNN’s Dylan Byers reported this afternoon that Conway’s absence from TV came as a result of her being “off message” when she was talking about Michael Flynn last week before his resignation.

Conway has already disputed this account and told reporters that she expects to be on Fox tonight:

.@HallieJackson says @KellyannePolls tells her this story is not true… “in fact she might be doing TV later tonight” https://t.co/QFc36vM4PN

Byers had this to say in response:

Alas, it is true. She hasn’t been on TV for over a week. Fact they might put her back on TV at some point doesn’t change that. https://t.co/jlSoixx5Fc

You do have to admire the White House press strategy… Don’t respond til after the story posts, then do something to imply it’s not true…