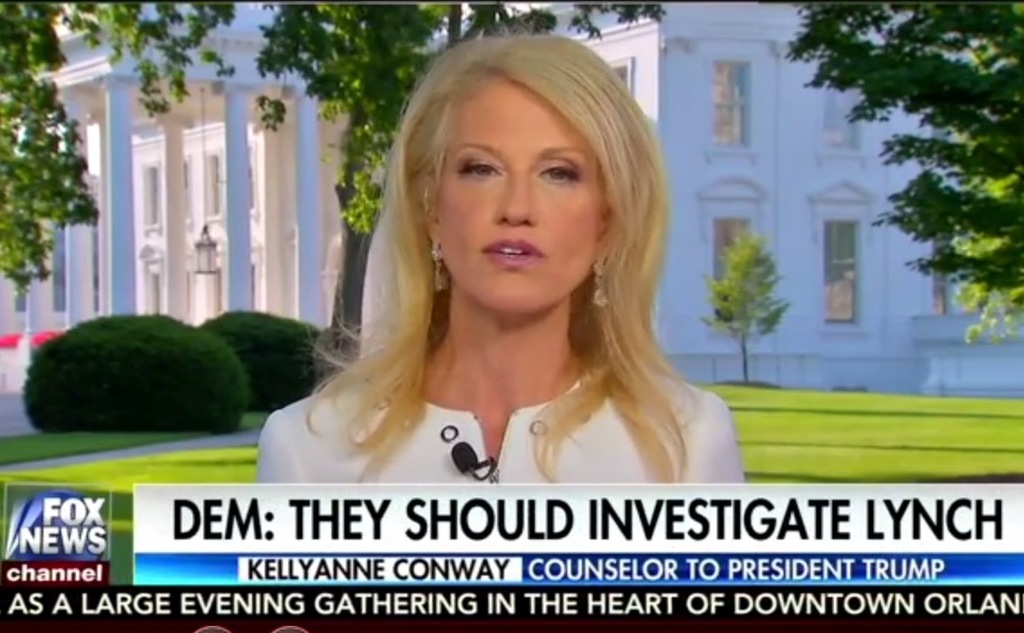 After a CNN interview of a mother at a Houston shelter went awry, counselor to the president Kellyanne Conway slammed the network for sticking a “mike” in her face. However, when Fox News did nearly the exact same thing by interviewing a recently rescued mother and child, Conway praised the TV network and called their segment “beautiful” — just roughly half an hour after blasting CNN for theirs.

Watch this clip to end.Shames @CNN to get the mike out of her face, notes her kids are shivering & in need of things other than an interview https://t.co/jGbvfJGecx

Between the two, the CNN segment certainly went worse, as the interview subject dropped an f-bomb on live television and criticized the reporter for “putting a microphone in my face!”

However, when compared to the Fox News interview that Conway praised, the two are extremely similar. Both exchanges focus on recently rescued flood victims, both interviewees are with their children, and both are clearly emotionally distraught — the CNN subject just responds with anger, while the Fox News subject responds with flowing tears.

The irony of Conway’s choice in media criticism and praise was not lost on Twitter users:

So you’re cool with Fox being out there shoving mics in people’s faces? Gotcha. Hypocrite.

So let me get this straight, ok for Fox to interview evacuees but not CNN?!

Kellyanne Conway’s reaction when CNN interviews a hurricane survivor vs. when Fox News does it.
? pic.twitter.com/yTm0TkNhAx

@FoxNews so it’s ok for FOX to interview flood victims but not @CNN ?

Some people at CNN reacted too:

A very human moment on live TV. Not political. @RosaFlores' team spoke with the woman off-camera, asked her to come on air, and she agreed. https://t.co/Umr0pi7u8O

Interestingly, Conway is scheduled to appear on Fox News tonight.