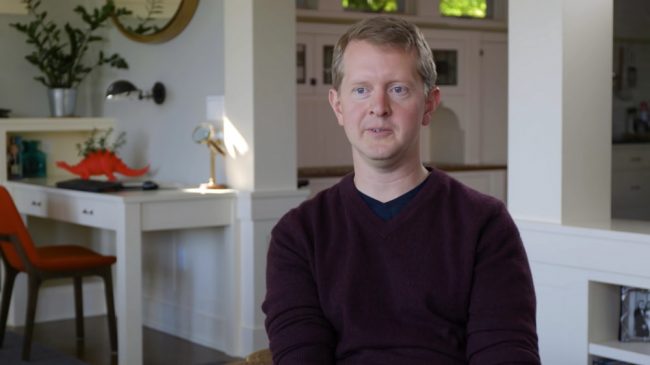 In a tweet flagged by The Washington Times, “Barron Trump saw a very long necktie on a heap of expired deli meat in a dumpster. He thought it was his dad & his little heart is breaking,” Jennings wrote in the Twitter post.

Barron Trump saw a very long necktie on a heap of expired deli meat in a dumpster. He thought it was his dad & his little heart is breaking

As you might expect, the reaction on the social media outlet was mixed. The trivia champion quickly doubled down when other Twitter users objected to his post.

I have moved the necktie to one side of the ham but it still looks a little like the president. :(

Jennings also sparred with NBC journalist Frank Thorp V, after he cracked his own joke at the TV personality’s expense:

Frank, Jeopardy hasn’t had $500 clues since doubling the dollar values in 2001. Please update the 15-year-old references in your hacky jokes

You should really do it anyway, just on principle.

The Jeopardy! champion later explained that his initial Tweet was actually mocking how the President and his supporters apparently used Barron in a political manner. He cited a Wednesday Tweet from OANN anchor Liz Wheeler.

Barron’s older half brother, Donald Trump, Jr., got in on the controversy by attacking Jennings, who predictably fired back.

It takes a real man to pick on an 11 year old. Yet another low from the left, but they will rationalize this away with their usual excuses. https://t.co/JDF3VsVEJ1

I will kill as many white rhinos as it takes to prove my masculinity to Donald Trump Jr. https://t.co/mm8YzH2NPB