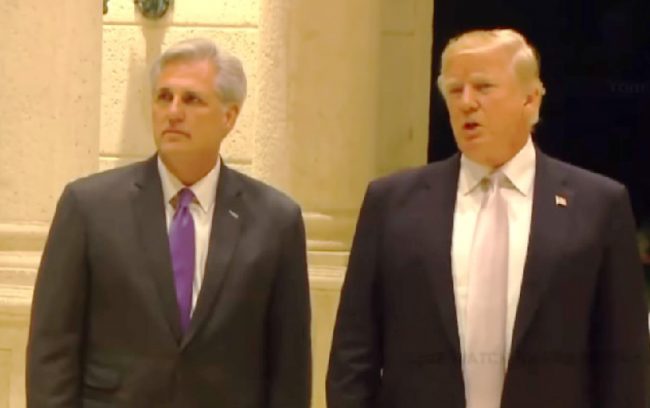 It appears that one of the most powerful Republicans on the Hill has endeared himself to President Donald Trump via the president’s taste in candy.

According to the Washington Post, House Majority Leader Kevin McCarthy noticed last fall that POTUS really digs cherry and strawberry Starbursts, as he saw Trump only pick out those flavors while digging through a bunch of candies.

Therefore, McCarthy decided to have a member of his staff go through a whole bunch of Starbursts so he could present the president with a present. Via the Post:

Days later, the No. 2 Republican in the House — known for his relentless cultivation of political alliances — bought a plentiful supply of Starbursts and asked a staffer to sort through the pile, placing only those two flavors in a jar. McCarthy made sure his name was on the side of the gift, which was delivered to a grinning Trump, according to a White House official.

As WaPo noted, this overture by McCarthy helped ingratiate him to the president and led to him becoming one of the closest allies Trump has in Washington. It was McCarthy who jumped in to correct the president during the media-covered bipartisan immigration meeting earlier this month when Trump initially agreed with Sen. Dianne Feinstein (D-CA) about making DACA fixes separate from an overall immigration bill.

Recently, McCarthy spent some of this past weekend at the “Winter White House,” having dinner with the president at Mar-A-Lago and appearing with POTUS when Trump briefly addressed reporters outside the resort.