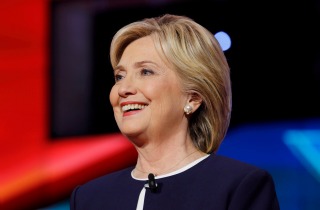 Los Angeles Mayor Eric Garcetti was forced to retract an email his office sent in which he endorsed Hillary Clinton for president, after a major newspaper in the region questioned the mayor’s office on whether the endorsement was sent out illegally.

The Los Angeles Times reached out to the mayor’s office after the original email was sent, asking if they were improperly engaging in political activities by using a city government email account for campaign purposes.

“Both city and state law prohibit the use of government staff time and equipment for campaign news releases, including endorsements,” the L.A. Times notes in its story.

A follow-up message was sent an hour after the original endorsement was announced: “Today’s statement on Hillary Clinton was sent in error.”

According to the newspaper, a staffer in the mayor’s office said the email was sent from a government account by mistake. A follow-up message was sent from the same account an hour after the original endorsement was announced: “Today’s statement on Hillary Clinton was sent in error.”

Bill Carrick, who works for Garcetti’s 2017 re-election effort, told the L.A. Times that Garcetti is still endorsing Clinton, and offered up the following explanation as to why it was sent from a government email account: “It was supposed to go out from me and someone in the (mayor’s) office inadvertently sent it out from the — I don’t really know what the explanation is.”

The endorsement was made official later in the day when it was sent from the campaign.