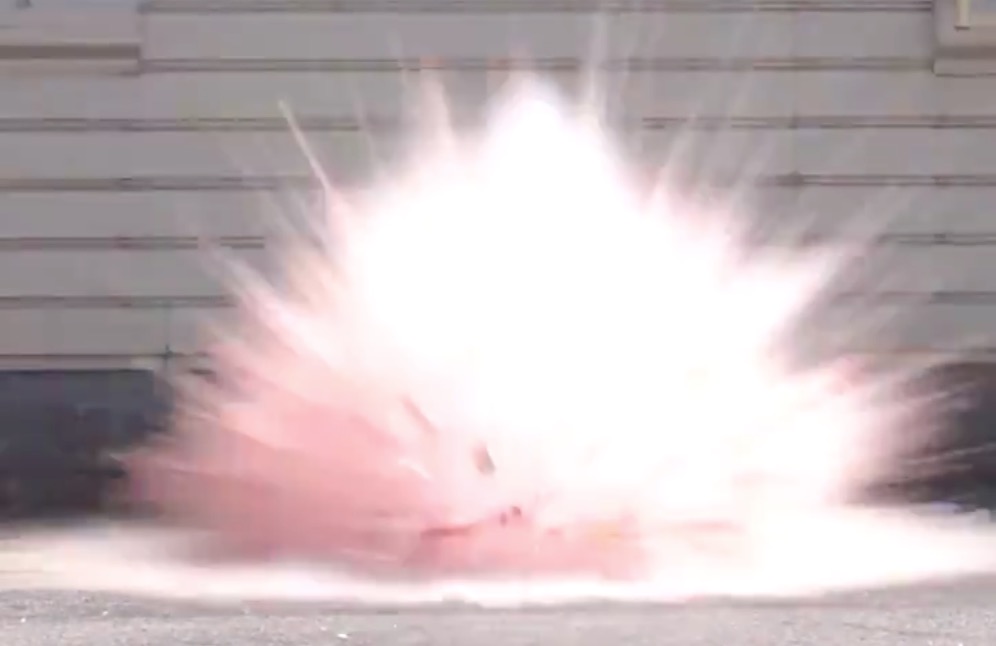 It’s almost the Fourth of July — so for the next 36 hours, the American public is bound to see a lot of PSAs on how to stay safe while watching or setting up a fireworks display. Los Angeles Mayor Eric Garcetti is doing his part to encourage people to take precautions — though his efforts might’ve…well…backfired.

For the last few days, Garcetti has been working with the LAPD to remind local residents that fireworks are illegal in the city and should be left up to the pros.

A message from Mayor Eric Garcetti on the dangers of fireworks, and to remind all Angelenos that fireworks are illegal in the City of Los Angeles. https://t.co/ZfEBjfTcNx

In his PSA, Garcetti sets off a small firework (roughly the size of a stick of gum) inside of a watermelon. The resulting video is as awesome as you’d expect:

#Fireworks are illegal in the City of Los Angeles and even small ones can cause a lot of damage.

This watermelon was completely destroyed by a firework the size of a stick of gum.

Unfortunately, despite Garcetti’s good intentions, it seems his safety warnings could fall on deaf ears. If the Twitter reactions to his video are any indication, people aren’t thinking about proper safety measures because they’re too distracted by the exploding watermelon:

I don’t think this picture has the deterrent effect the Mayor is hoping for. Who knew blowing up a watermelon could be so much fun? https://t.co/on9HfChV9s

Until 2 hours ago I had never contemplated the possibility of blowing up a watermelon with fireworks. It’s now all I can think about.

You idiot, you just made fireworks seem even cooler than they already are. https://t.co/mgZHV5lx8Q

Hope you get a better social media manager before Iowa!

This video is causing a huge run on watermelons, at supermarkets and fruit stands across the nation, to blow up tomorrow. https://t.co/w4YqWkKJap

Friendly advice: if you want to convince Americans not to use fireworks over the 4th of July, don’t use an awesome video of fireworks blowing up a watermelon to make your point. https://t.co/hAF520JMco