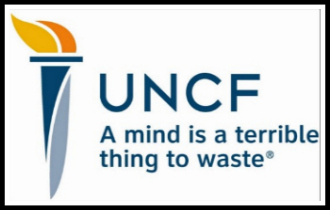 Billionaire businessmen Charles and David Koch are prolific philanthropists, patronizing art, science, medicine, education, and public policy. Sounds wonderful, right? Wrong. Unfortunately, their libertarian philosophy isn’t an approved variation of the self-hatred and hypocritical cant required by the progressive left, so their money can do no good to anyone.

In fact, their charitable gifts are even more suspect than if they simply hoarded their money in Scrooge McDuck-like towers of gold coins. It seems the only thing some progressives hate more than libertarians who don’t care about society, the poor, or minorities is… libertarians who do. How else can you explain the outrage (and sometimes protest rallies) that has accompanied their huge gifts to museums, hospitals, cancer research, and (most recently) the United Negro College Fund?

Koch Industries and the Charles Koch Foundation has just donated 25 million dollars to the UNCF. $18.5 million will support a scholarship program, and $6.5 million will support UNCF and member colleges, including $4 million for students whose parents were denied loans. But the gift has generated controversy and furor on the left.

Inside Higher Ed reported attacks on Twitter such as, “#UNCF Literally Sells Their ‘Souls To The Devil’ Accepting Checks From The #KochBrothers” and “#Koch donation to @UNCF tells children everywhere that money is first and integrity is unnecessary.” But criticism also came from liberal professors such as UPenn’s Marybeth Gasman, director of the Center for Minority-Serving Institutions, who says it was “wrong” to accept Koch money, even though “she didn’t doubt that many individual students might benefit from the scholarships,” because the brothers have been “deeply affiliated with the Tea Party.”

Try to follow the logic here: “How dare Charles and David Koch give millions of dollars to help African American students access higher education! They’re libertarians! And libertarianism is bad for black people!” Spot any glaring, borderline crazy non sequiturs here? You can’t take money from people who legitimately earned it if they also believe the wrong things about politics.

Even if it were true that thoroughgoing libertarianism disproportionately hurt minorities (although no one seems to feel the need to explain how), these libertarians are doing no such thing. In fact, they go out of their way to argue against policies that unfairly target minorities: the drug war, immigration restrictions, occupational licensing, and so on.

Moreover, their charitable donation here is directly and particularly helping African Americans. If they had refused to work with UNCF, can you imagine the Salon and Huffington Post headlines? “Racist Koch Brothers Don’t Want Blacks to Go to College!” That we live in a world where the opposite headline can inspire outrage is surreal.

Progressives often attack conservatives and libertarians for “putting profits before people,” but the case of the Koch brothers shows, in no uncertain terms, that many are willing to put politics before people. To me, that seems petty, perverse, and profoundly disturbing. What does it say about our political discourse that some would rather leave kids in poverty than in college, because it might help them score political points? We know that politics makes us worse. But only if we let it.

[Disclosure: Mediaite has worked in the past with the Charles Koch Institute on sponsored panel events about government surveillance efforts and criminal justice reform.]
[Image via UNCF]