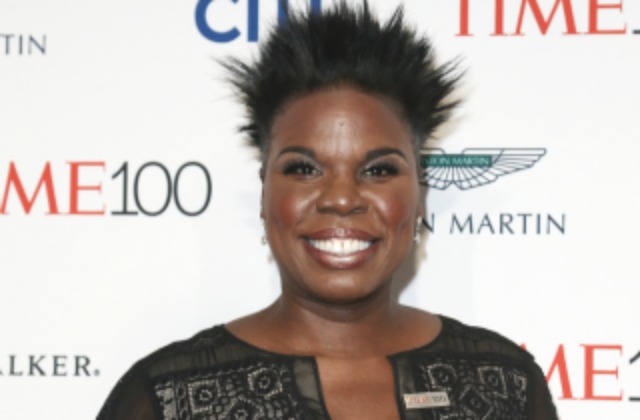 Following Sunday night’s BET Awards, comedienne and Saturday Night Live cast member Leslie Jones––who hosted the awards––returned to her 5-star hotel and apparently was not pleased with the quality of service.

Jones took to Twitter to express her disappointment with the Ritz-Carlton and claim that the lack of hospitality was obviously due to racism.

“Wow was such a great night at the BET awards,” Jones tweeted Monday afternoon to her 694,000 followers. “But then had THE WORST STAY @RitzCarlton DO NOT STAY THERE!! THEY DONT LIKE BLACK PEOPLE!!”

Wow was such a great night at the BET awards. But then had THE WORST STAY @RitzCarlton DO NOT STAY THERE!! THEY DONT LIKE BLACK PEOPLE!!

Jones did not say whether her champagne was warm or her masseuse was late, or give any explanation, but the Ritz was quick to respond to her grievance and offered an apology:

We’re very sorry to hear this. We pride ourselves on providing excellent service to all. Please DM us & we’ll look into this right away.

The Hollywood Reporter reached out to the hotel, which provided some pathetic statement about diversity or something:

“Diversity and inclusion are part of the fabric of The Ritz-Carlton culture and operations. We remain committed to providing an environment where all feel welcome. While we do not comment publicly about individual guests, we take every guest concern seriously and work quickly to resolve issues.”

Jones has made racially charged comments in the past, including saying, “If I see another 45-year-old white woman from Williamsburg saying ‘black lives matter,’ I’m going to punch you in the mouth.

She also tweeted that she wanted to fight Ben Carson because of comments he made about slaves being immigrants.

I want to fight Ben Carson!! Cash me outside muthafucka! How bout dat!! #Slaveswerenotimmigrants FUCKFACE!!

Jones has reportedly yet to respond to the Ritz-Carlton.