So, here’s what we know to be true: 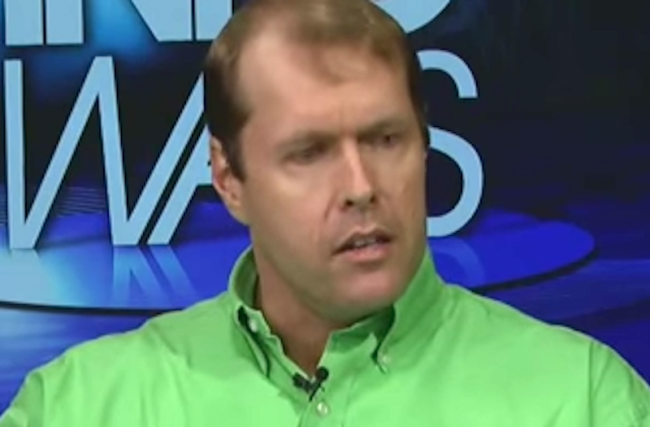 Now that you know the framework for the story at hand, let’s dig in. Media Matters for America compiled a list of the 50+ times he’s used the N-word on Twitter. In response, Morrow has been having a total meltdown and tweeting the word at Media Matters all day. 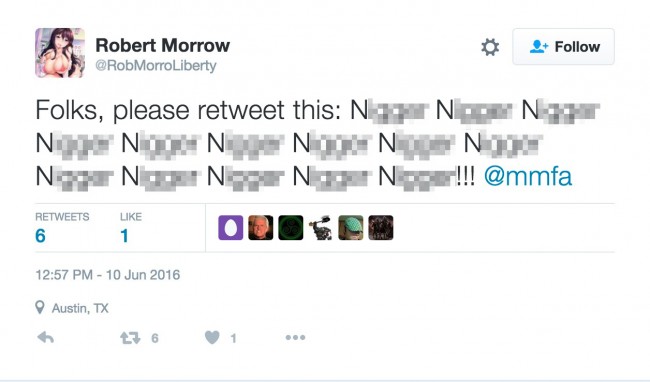 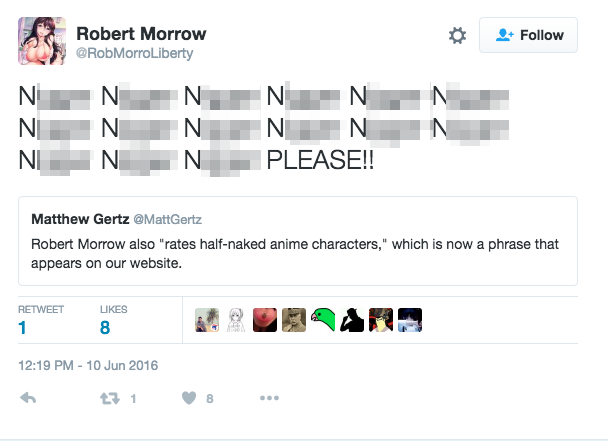 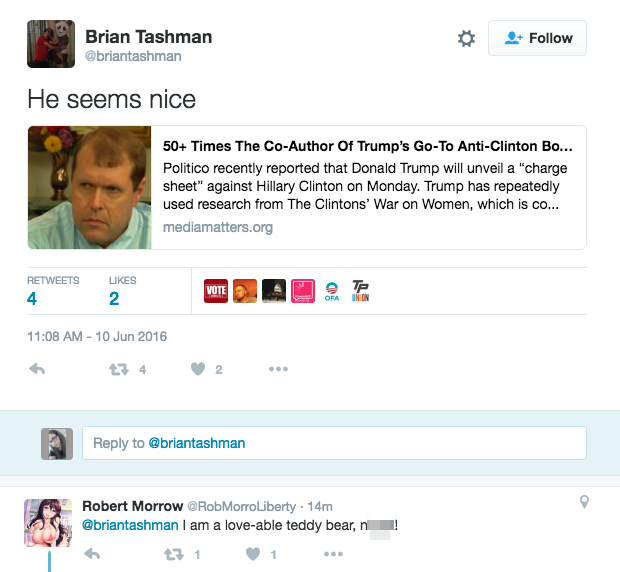 His entire account, in general, is totally unhinged and it’s clear that he manually searches his own name constantly: 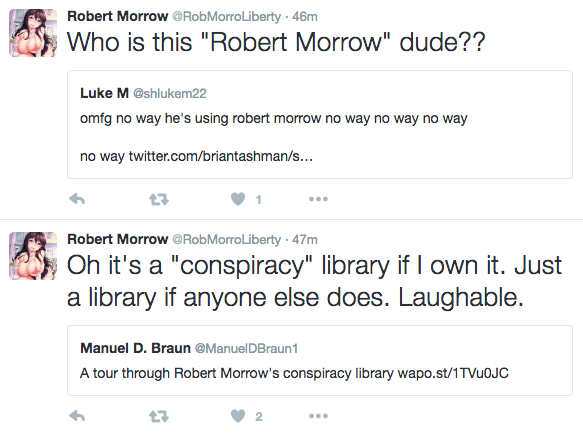 Interestingly, he moved on to Media Matters after he got done going after Gawker’s Jezebel and their senior reporter, Anna Merlan, for calling him a “small-time dick” in March. He interpreted it to be an insult to his penis and had a small fit on Twitter, though he seems to be completely focused on Media Matters now.

@RobMorroLiberty That’s just the name of the column, Rob! No need to protest so much!

The rest of his Twitter is just full of photos of women that he has captioned with some variation on “big, jiggly titties” and conspiracy theories. You can click over there yourself if, for some reason, you have an interest in watching this unfold. He truly does not stop tweeting.