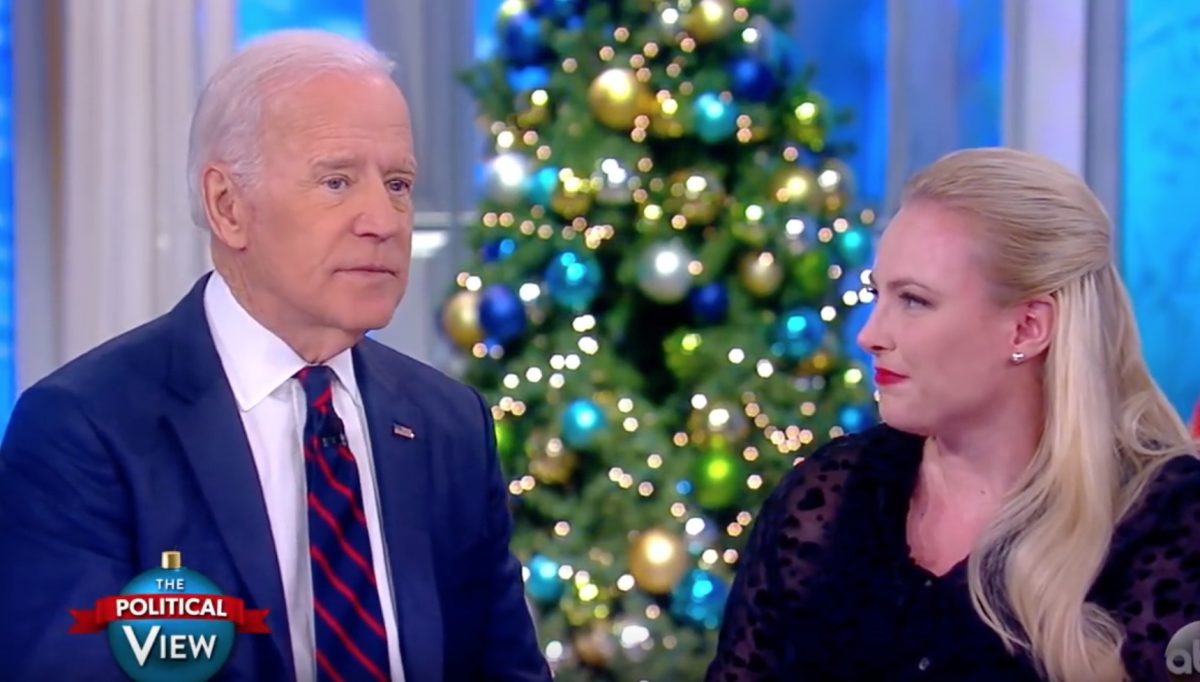 UPDATE –– 2:35 pm ET: Since the publication of the initial report, Cindy McCain has put out a statement saying she has no intention of getting involved in 2020 politics.

Joe Biden is a wonderful man and dear friend of the McCain Family. However, I have no intention of getting involved in presidential politics.

If Joe Biden takes the leap and enters the 2020 presidential race, a new report indicates that John McCain‘s family will be among the first Republicans to endorse him.

The Washington Examiner reports that sources close to Biden have said that Cindy and Meghan McCain will both endorse the former vice president at some point in his bid to go head to head with President Donald Trump. A former McCain campaign official said that both women are currently thinking about how best to support Biden, and whether they should hold off on their endorsements until he makes it through the primaries.

“It’s undeniable that Joe Biden and the McCain family have a very close, personal relationship,” the official said. “It’s about what’s good for [Biden].”

The Examiner reports that Biden has personally held discussions with his campaign staff about whether the McCain family should appear with him on the trail during the primaries. The question among McCain and Biden aides, however, is whether Biden should tout support from conservatives like the McCains right now while the Democratic field is currently full of so many progressive candidates.

“I’m just not sure how much that helps in a primary where the party is constantly moving towards the left,” another McCain figure says. “If you’re a two-term former vice president and basically tied with Bernie Sanders, that’s not a good sign.”

While the McCain family’s negative relationship with Trump is public knowledge at this point, they are also known to have close ties with Biden. The former vice president eulogized John McCain during the late senator’s funeral last year, and Meghan McCain frequently speaks highly of him as a panelist on The View.