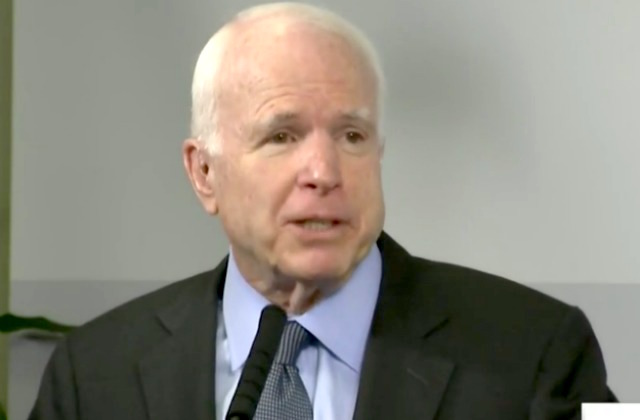 Given the loss of civilian life, as well as the death of Navy SEAL Ryan Owens, there’s been some criticism of the raid, with McCain calling it a “failure.”

Spicer today insisted that the raid was a success and said, “Anybody who undermines the success of the raid owes an apology and a disservice to the life of Chief Owens.”

He was responding in part to McCain, and the Arizona senator provided this comment to NBC News:

Sen McCain responds to WH Spox @seanspicer suggesting he should apologize for not calling Yemen raid a success w/ a bit of a history lesson: pic.twitter.com/9zvjGGNkoT