Mediaite Interviews Piers Morgan On Politics, The American Dream, And Why His Show Isn’t The Today Show

Mediaite Interviews Piers Morgan On Politics, The American Dream, And...

Morgan thinks the hard news approach is far more enjoyable for many celebrities who are often deterred from having divisive opinion. “I think the reason people come to CNN is because they like to talk about more serious things. A lot of celebrities say to me, ‘I really enjoy your show because I don’t often get a chance to talk about what I think about America or the economy of Afghanistan,’ and so on. Some CNN viewers say, ‘what would we care what a pop star thinks of this?’ I would say, ‘they’re Americans, too.’ Every American has a right to have a view and it makes it more relevant to me if we can interview a major celebrity if they are actually answering questions about topics of the day that are relevant to our audience.” 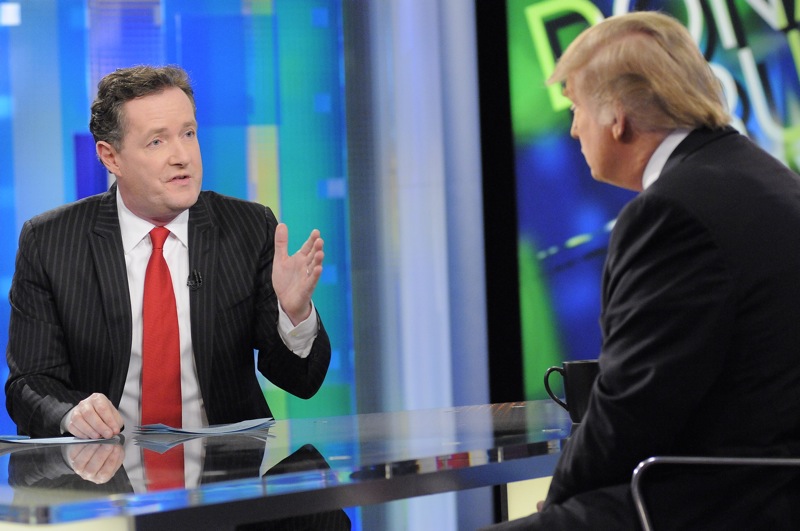 Morgan also credits the approach with giving the celebrities themselves a fun time. “You want to make news as much as you possibly can. But if there’s someone who has done a million interviews—say, Morgan Freeman— how do you make it interesting for him? How do you make an interview so that he comes away– and he did– saying ‘I loved that’? He was political, funny, outrageous, inspiring, moving, and he’s Morgan Freeman!”

Other favorites include Charlie Sheen (“very, very smart guy who was going through a crazy period and gave me just a brilliant hour of live television”), Jimmy Fallon (“effortlessly entertaining”), Beyoncé (“fantastically entertaining”), Donald Trump (“always good fun!”) and his first guest, Oprah Winfrey (“the embodiment of the American dream”). Least favorite? He won’t name names, but “people who come to promote things who are just monosyllabic, I think are totally pointless. Luckily, I don’t have very many of those.” He warns that, as far as celebrities go, “it’s the ones lower down the celebrity food chain you have to watch, they can be annoying.”

Given that he gets to interview about a celebrity a night, his wish list for the future isn’t extraordinarily long at the moment. When asked who he’d like on the show, he answers without skipping a beat: “the President is still lurking in my sights. And President Clinton, Hillary, big name politicians, but we’re homing in like a laser-guided missile.” To that list he added Jack Nicholson“– “he hasn’t done a TV interview in 40 years.”

NEXT PAGE: What’s the difference between being in an election night broadcast with Wolf Blitzer versus a ring with Manny Pacquiao?