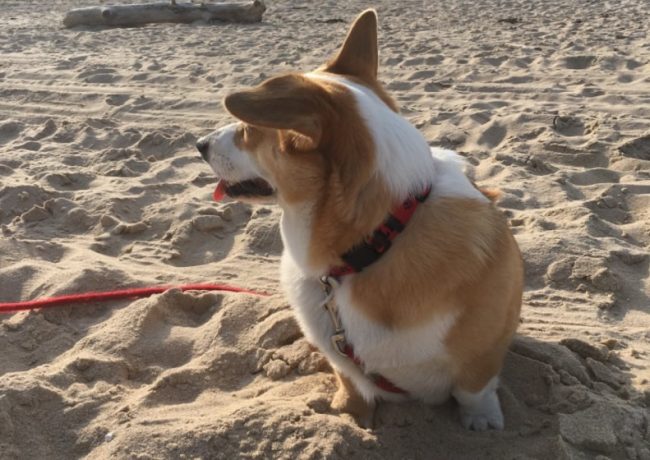 On April 19, news broke that Bill O’Reilly was through at Fox News.

After years of prime time moralizing, the T.V. ratings emperor was ultimately hoisted on his own petard, undone amid the swirl of allegations of sexual harassment and millions of dollars in settlement payments.

For some men, the moment would be a time for reflection amid the comforts of family and friends. Others perhaps could marinate in their material wealth. With an estimated $85 million that option is certainly still open.

But as O’Reilly fades into the rearview mirror of history, he seems to have taken comfort in the love of a new friend named Holly.

Who is Holly you ask? Maybe a leggy former Factor contributor?

Holly appears to be a Pembroke Welsh Corgi.

Between June 17 and and July 22 — mere weeks after his career ended in a blaze of ignominy —  Bill O’Reilly posted no less than 10 photos and 1 video of Holly.

Circumstantial evidence suggests she enjoys the beach and is a very good girl.

Meet Holly, the corgi-monster. She’s helping me prep for tonight’s sold-out show with Dennis Miller @NYCBwestbury. Hope to see you there. pic.twitter.com/BuzUuTZqYh

Holly apparently is filling up Bill O’s home with fur.

Holly is the cutest dog but sheds every hour on the hour. She will never get lost because you just follow the fur! pic.twitter.com/VYw1zo6FmU

Holly may even be starring in a new series? Maybe she can fill in on Fox & Friends.

Working on a new series “The Adventures of Holly” – big royalties involved before the adventures commence. pic.twitter.com/96vBTUseN9

Here’s Holly at the beach!

Long day at the beach for Holly…! Can’t get enough of the ears. pic.twitter.com/bjkWIAEiqM

Holly not exactly a fan of the camera this morning! pic.twitter.com/gF8Pj3aTWs

Holly can’t get enough of the beach! pic.twitter.com/twbbRPlSXM

Did I mention Holly loves the beach? pic.twitter.com/Llm9QJnTED