Meghan McCain Proves That Mediaite Writer I Questioned Was Right: She Is A ‘Bully’

Meghan McCain Proves That Mediaite Writer I Questioned Was Right: She Is A ‘Bully’ 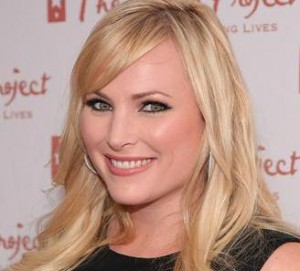 John McCain‘s daughter Meghan is upset at Mediaite. I characterize her in that intentionally demeaning way, as the daughter of the Arizona senator, in response to her angry denunciation of two columns on “Dan Abrams‘ Mediaite.” Yes, I own the site, and proudly so, but that attention-grabbing reference was obviously an intentional insult to the actual writers (particularly since it’s well known that I do not edit the site). Well, it worked. And now I am rattled enough to take my Memorial day Sunday to respond in kind.

McCain published a story today on The Daily Beast today entitled “Cut It Out Internet Bullies,” where she responds to attacks on her that followed an appearance on Al Sharpton‘s PoliticsNation show. On the program, she said “many people in the Republican party treat me like I’m a freak. . .if you’re not an extreme conservative in this party you are not given respect.” But attacking the Republican party ain’t nothing compared with what seemed like a dig at right wing blog royalty, saying she could not “understand the popularity of Michelle Malkin and Andrew Breitbart, who exacerbate people’s fears.”

When I first read her comments about the party, I thought she was probably right that the extreme wing despises her moderate views and willingness to call out those near the fringe, particularly considering her pedigree and national platform. I have long admired that in her, and those few like her, on both sides of the political aisle. The much-maligned middle is regularly blasted by the extremes that seem to dominate the national debate, and Mediaite is regularly on the receiving end of those venomous partisan attacks from both sides’ extremes.

That day, Mediaite‘s Frances Martel wrote a piece entitled Meghan McCain Takes Dig At Breitbart On Al Sharpton, Claims GOP Treats Her Like A ‘Mutant’, wherein she argued that while “much of what is stated in this clip merits reflection,” she felt it distasteful to invoke recently deceased blogger Andrew Breitbart as the example of what is wrong with the party:

“Doesn’t Breitbart deserve an emoticon of respect at this time, less than three months removed from his death? Couldn’t the name of almost any conservative blogger work in the paradigm she presented, given that she argues they all hate her?”

The following day on TheJaneDough.com, my site on women in business and politics, writer Laura Donovan took the exact opposite position in Meghan McCain Did Not ‘Smear’ Breitbart, So Leave Her Alone. She wrote:

“You could argue it was politically incorrect of her to utter anything but kind words about a man who is no longer around to defend himself, but as everybody knows, Breitbart has armies of people who are still here to do that for him, and the notion that no one should ever speak disparagingly of a deceased individual is ridiculous.”

McCain retweeted that story, and it was promoted on Mediaite for the better part of the day as one of its top five stories.

Then later in the day, Noah Rothman, Mediaite’s in-house conservative, took on McCain from a slightly different vantage point. “Meghan McCain Looks For Fight, Finds Many, Now Wants Sympathy” was the headline. Rothman took the position that “McCain has often made herself out to be a victim of close-minded conservatives who simply reject her for her less-than-dogmatic policy preferences. But McCain forgets that she has made a career of being a contrarian – her vehicle for getting air time consists almost entirely of starting fights with Republican pundits and lawmakers.” He went on to cite numerous examples of critiques McCain had offered of the biggest names in the right-wing blogosphere, and most of the Republican candidates for President. He also characterized her as a “bully.”

When I read Rothman’s piece, I actually said to him, “I don’t know that I agree with you, but really interesting piece.”

I didn’t completely agree primarily because I admired McCain’s willingness to challenge the powers that be on the far right. His characterization of her as a “bully” was, I thought, unfair, since presenting a moderate’s view of the Grand Old Party was nothing to discourage. Mediaite’s liberal writer and White House Correspondent, Tommy Christopher, who has defended McCain in the past, then took to Twitter to slam Rothman, calling his piece “garbage” and taunting Rothman in defense of McCain. I even jokingly tweeted: “Is it sadistic that I kind of love that @mediaite’s @tommyxtopher is taking on @mediaite’s @noah_c_rothman on twitter?”

So it was against this backdrop that McCain, who professes an appreciation of moderation, published her piece today in The Daily Beast, which begins by citing vile and sexist comments made about her. Then, the rhetorical kill:

“That’s only a small sampling, but you get the idea. You would think that by now, having gone through a presidential election with my father in 2008, I would be numb to this kind of name-calling. But I’m not. It hurts, it rattles me, it (understandably) concerns my mother, and it keeps me up at night. In a single day, Dan Abrams’ Mediaite found it necessary to post two full columns about me, questioning my career and suggesting I’m a problem for the Republican Party. By the way, each of the “columnists” behind these posts also vomited up a series of nasty Twitter posts following their columns. And they are supposed to be professionals.”

She goes on to say in a section highlighted on her story “It’s no secret that the blogosphere is more vicious on women than it is on men.”

Suddenly, she is lumping me and my site in with the disgusting and sexist attacks made against her, even though there was nothing remotely personal or sexist about the pieces on Mediaite (and of course she ignores The Jane Dough’s piece and Christopher’s defenses of her).

But she is also flat-out lying when she writes that they then “vomited up a series of nasty Twitter posts following their columns.” Below, I have attached all the tweets from Martel, Donovan, Rothman and Christopher about this as they occurred. While Donovan and Christopher celebrate and defend her, Rothman is simply defending his piece. The only remotely personal line was when Martel questioned Rothman’s line, “Let me be clear, conservatives who underestimate her intelligence do not get it.”

McCain would also have a hard time explaining her claim that they questioned her career and suggested she is a “problem for the Republican party.” That is, however, a nice and easy way of avoiding the specific critiques and instead, as Rothman argued, allows her to play the victim card, again. Meghan McCain has every right to be upset about the way some treat her, but that does not entitle her to simply invent controversies.

I rarely step in to the squabbles that often envelop Mediaite and its writers, but when someone with McCain’s profile decides to insult, attack, and, most importantly, totally mischaracterize my writers – and by her phrasing, me – I feel compelled to call her out for what she apparently is, a “bully,” and based on the title of her piece, a hypocrite too.

@tommyxtopher I blame her for starting those fights that I mention in column, not fighting back. Big difference.

@tommyxtopher you say I defend attacks on her. I don’t. @McCainBlogette pulls no punches – all should be responsible for their statements.

I agree only that Meghan McCain does not deserve to be spoken of in public– ever bit.ly/MNk9Ep

@LauraDonovanUA THAT I agree with, but those people overreact to everything. She really could’ve chosen her words better though (as always)

Eh? MT @clayaiken Need to get in touch w you @McCainBlogette You can DM me b/c I follow you. Have a few questions. Thanks!

Other than overestimating her intelligence, @noah_c_rothman hits it out of the park bit.ly/KTOHzF

. @McCainBlogette Did Not ‘Smear’ Breitbart, So Leave Her Alone thejanedough.com/meghan-mccain-…

@tommyxtopher @noah_c_rothman the way people are treating her is totally inappropriate. I don’t know Noah’s opinion on the matter yet.

FTR, @McCainBlogette is beautiful inside and out, and has better political instincts than any 5 Breitbart.com bloggers.

I apologize to @McCainBlogette for this unmitigated garbage mediaite.com/online/meghan-… Doing your job is not “looking” for sexual harassment

I apologize to @McCainBlogette for this garbage mediaite.com/online/meghan-… responding to a cowardly attack is not “making yourself a victim”

I do too, but I heart Meg more. And this is just wrong. RT @LauraDonovanUA: @tommyxtopher Thank you, Tommy! I still heart @noah_c_rothman

I defy anyone who actually knew @andrewbreitbart to tell me he would approve of this treatment of @McCainBlogette thejanedough.com/meghan-mccain-…

@noah_c_rothman you equate political criticism to vicious personal attacks, you blame her for fighting back.

@noah_c_rothman you have some dangerous victim-blaming attitudes about bullying.

@noah_c_rothman @McCainBlogette “started a fight” by heroically pushing back on body-shaming? I have never been prouder of anyone.