Merriam-Webster Word of the Year Isn’t a Word, It’s a Suffix; Partly Due to Sanders, Trump

Merriam-Webster Word of the Year Isn’t a Word, It’s a Suffix; Partly Due to Sanders, Trump 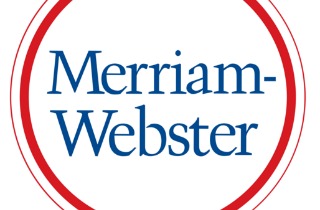 Merriam-Webster announced its 2015 word of the year today, and it’s not exactly a word…

Now, that may seem like cheating, but as they explain, “a small group of words that share this three-letter ending triggered both high volume and significant year-over-year increase.”

Basically, there were seven “-ism”s that dominated the news this year, and at least two of them concern presidential candidates.

Terrorism, capitalism, communism, feminism, and racism were all big topics this year, but the two they directly connect to presidential candidates are socialism and fascism.

Bernie Sanders, of course, brought his brand of socialism into the presidential race, leading to a lot of discussion about what that label means. Merriam-Webster writes, “The fact that a major-party candidate for president embraces socialism shows that the term has moved beyond its Cold War associations.”

As for fascism, well, you can guess who that one was connected to:

In November, some conservatives began using fascist to describe Trump’s proposals and style, and at the beginning of December, writers for Slate and the New York Times and a commentator on CNN all referred to Trump as a “fascist,” sending many people to the dictionary