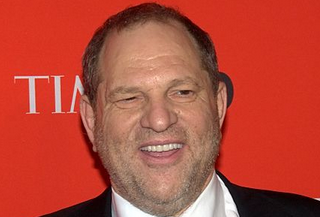 There is nothing good or virtuous about any part of the Harvey Weinstein scandal. Weinstein, by a staggering number of stomach-turning accounts, used his position of power and influence to objectify many aspiring actresses. And given a wildly viral #MeToo grass-roots social media campaign which has taken off amid the scandal, Weinstein was obviously not alone acting this way.

Actress Alyssa Milano may not have started this campaign, but she is largely credited for acting as catalyst with this tweet:

If you’ve been sexually harassed or assaulted write ‘me too’ as a reply to this tweet. pic.twitter.com/k2oeCiUf9n

What is #MeToo? If you aren’t on Facebook or Twitter it’s the simple manner in which users of social media platforms can announce that they have been a victim of sexual harassment. As one can probably imagine, the vast majority of those speaking out are women — though there are isolated examples on Facebook of men who are complaining of unfair treatment as well.

The sheer number of my female friends sharing this hashtag is horrifying — which suggests that this issue goes much, much deeper than many men previously understood. And while it is disturbing that so many women have been impacted, it is good that all this is finally coming to light.

In fact, if there is anything positive to come from this horrific ordeal it is this — victims of harassment (and in sometimes assault) are now encouraged to speak out. We are seeing first hand the very real demystification of calling out extremely untoward behavior from men in power.

No, not all men are sexual harassers, but the vast majority of sexual harassers are in fact men. According to recent reports by the EEOC, roughly 15% of workplace harassment complaints are filed by men. But these reports neglect to include the gender responsible for the harassment.

At the risk of being called a “virtue signaler” by Tucker Carlson (and his grammar-challenged audience), it is a positive trend to finally open up the shades on such shameful behavior — allowing the disinfecting sunlight into for the entire world to see.

The “Men’s Rights” side of the political debate often seem to delight in the critique of feminists who, in their mind, overplay the “identity politics.” The notion of this aggrieved group is that the pendulum of gender equity justice has swung too far, so that it now seems to this fringe group that men are the victims, since they are being denied equal rights

This is a remarkable and intellectually lazy position to take, but one that exists in growing numbers of aggrieved men. Or as The Cut wrote, “Men’s-Rights Activism Is the Gateway Drug for the Alt-Right,” which features an image of Chris Cantwell (aka the Crying Nazi.) The piece describes the “fantasy world” in which men are being treated unfairly in the name of gender rights.

While this Weinstein affair —or for that matter the Trump tape in which he acknowledged grabbing women by their genitals— has exposed the deep failings in our society, the openness of the victims may signal a prospect for change. At least for those who previously turned a blind eye to the issue.

In the wake of big news stories like this, the media often talk about how we change or learn from this, though nothing rarely happens. Given how vocal many are in sharing their own stories with the #MeToo, hopefully this will truly demystify the problem of sexual harassment and lead us to a great understanding of what is appropriate behavior.