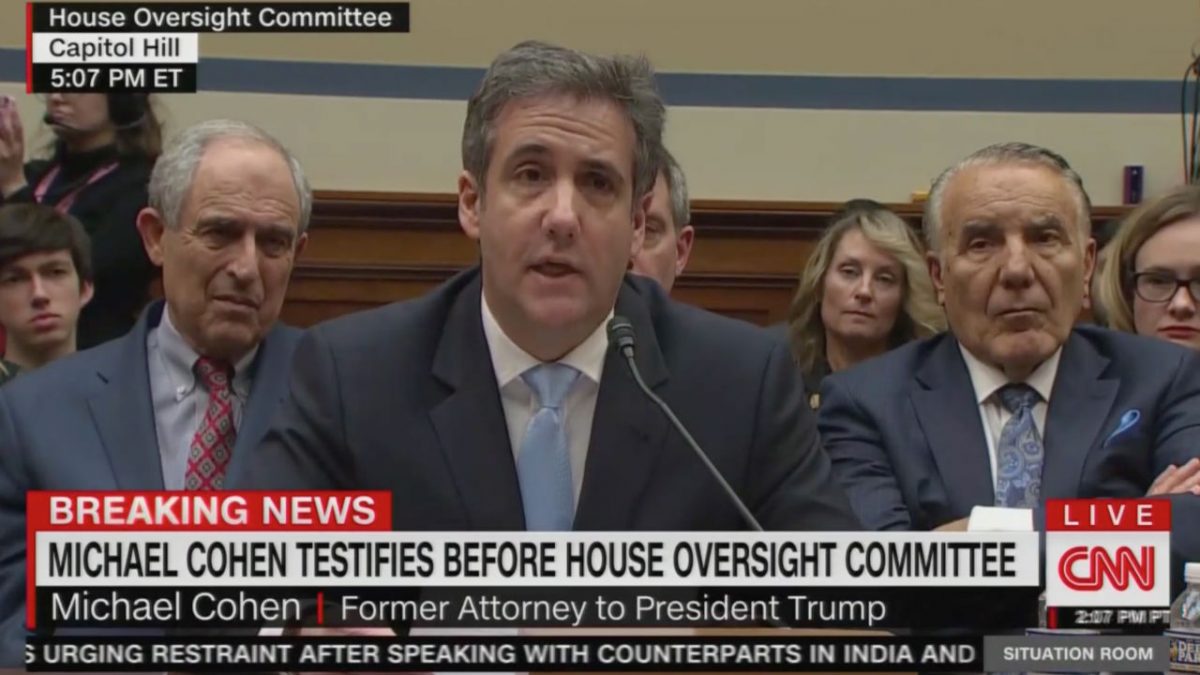 Michael Cohen was back on Capitol Hill today, and he reportedly handed the House Intelligence Committee some significant documents.

Michael Cohen on Wednesday provided the House Intelligence Committee with new documents showing edits to the false written statement he delivered to Congress in 2017 about the Trump Organization’s pursuit of the Trump Tower Moscow project into the 2016 campaign season, according to multiple sources familiar with the matter.

CNN’s report notes that “it’s unclear what Cohen’s documents show was specifically changed in the statement.”

The New York Times reports of the edits, “Two of the people familiar with the documents, who were not authorized to speak publicly about the closed-door session, said that at least some of the changes appeared to play down the knowledge of the president’s eldest daughter, Ivanka Trump, about the project.”