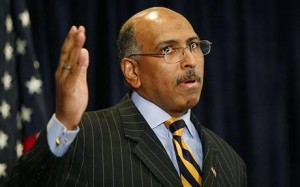 The 2012 Republican Convention in Tampa, Fla. won’t get underway for another 636 days. But that hasn’t stopped the Republican National Committee from spending over $636,800 on the convention more than a year and a half before it starts.

That’s 18 times the amount spent that was spent in a comparable time frame four years ago, the Washington Post reported, causing more than a few raised eyebrows within the party.

Critics of RNC Chairman Michael Steele have also focused on a lucrative job given to his longtime aide, Belinda Cook, convention-related gigs given to her family and friends and a variety of large expenses footed by the RNC.

The Washington Times first reported on Cook’s salary — which is nearly three times what her predecessor made — earlier this month. Over two years ahead of the 2012 convention in Tampa, Steele signed a contract making Cook a “convention liaison” and paying her $15,000 per month.

FEC records show that Cook was also paid $25,000 for “Political Strategy Consulting” back in July. Records reflect thousands of dollars in additional reimbursements made to Cook for travel, food and beverages.

The Daily Caller reported that Cook’s niece (Pamela Kesner), her son (Lee Cook), her son’s college friend (Erik Rohrmann) her former assistant (Grace Cushing) are all on the RNC payroll. Cook’s sister, Betina Barcus, has been paid over $25,000 for hotel management consulting, according to Federal Elections Commission records.

The RNC is also renting for Cook a waterfront mansion that measures 3,200 square feet and comes with private pool and dock, the Daily Caller reported. All in all, “The extended Cook cabal took home a total of $139,923 in the three month reporting period from July 1 to Sept. 30,” the Daily Caller wrote.

Solomon Yue, an RNC member from Oregon, is calling on the RNC’s executive committee to freeze both hiring and spending and conduct a review of all RNC contracts.

“My first reaction [to the press reports about convention spending] was ‘how do we fix this?” Yue told TPM.

Yue told TPM he’s sensitive to claims that an investigation into Steele’s fiscal management of the RNC so close to the chair elections could appear unseemly to Steele supporters. He said he’ll create a 16-member investigative panel he says will include more than a few members who have strongly supported Steele in the past.

He promised the process would be transparent and said he’s open to criticism.

“If critics want to see a problem with the process, they can let me know and I’ll fix it,” Yue, a member of the executive committee member and a founder of the Republican National Conservative Caucus, told TPM. “We’re taking an open approach.”

Note – this post was written by Ryan J. Reilly for Talking Points Memo and is re-purposed here via a content sharing agreement.