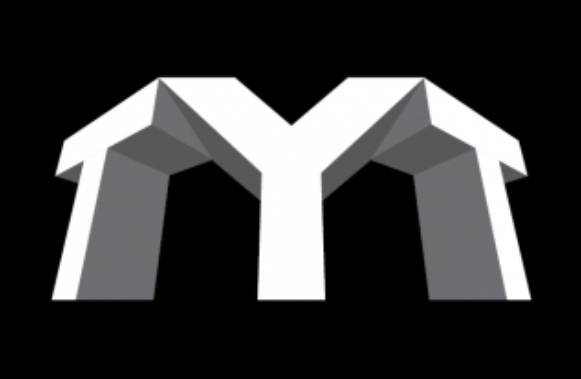 The drip-drip-drip of cord-cutting-of-cable TV is almost like the climate change debate: Is it happening? Yes. Is it considered a dire problem for offerings like cable news or one that won’t present a real problem anytime soon? Depends on who you talk to.

From the eyes of Wall Street, the cord-cutting issue appears to be at least a growing concern. Today’s Wall Street Journal reports that by 2019, almost 23% of U.S. households — about one-in-four — won’t pony up for traditional TV (WSJ source: eMarketer). In fiscal Q2 alone, SNL Kagan Financial reports that pay-TV services saw their biggest quarterly drop in history, with 625,000 customers opting out. The bright side for cable companies: Over 100 million U.S. households still pay for traditional television.

A pivot by all broadcasters to address the different ways — particularly on mobile devices — younger folks access and absorb content is long overdue. Among those 18-24 years old, those taking the top spots (depending on category) consists of one large entity you would expect (CNN, which prioritized this aspect of their offering years ago) and one you really wouldn’t in the form of The Young Turks (TYT).

A few eye-popping numbers below from the latest numbers available (October) illustrating each lapping the rest of the field:

Fascinating stuff, so I asked TYT co-founder and host Cenk Uygur — a former MSNBC host — to explain how it has become so popular without the usual means of gaining eyeballs:

“We don’t do any advertising. Right now, we hardly have any marketing budget at all. Isn’t that amazing? We’re crushing some of the largest media companies in the world who have billions of dollars at their disposal when we have almost no marketing budget. Our audience does our marketing for us. We serve them and they help us grow. We score in the Top-5 in all of YouTube on engagement (not just in news, in every category). That means we have built a community for our audience. They share our videos, they interact with them, comment on them and often help us find the right stories and deliver them more accurately. We are not The Young Turks, they are. That’s how you do marketing without a budget.”

Today marks the 10th anniversary for TYT, which broadcasts primarily via its YouTube channel (along with other outlets such as Hulu, Facebook, Roku, among others, along via its app and website (tytnetwork.com). To commemorate, Uygur, 45, plans on hosting a 10-hour live show on Friday.

Me: “A 10-hour show is going to be tough on your mind, voice and bladder. How do you prepare for such a verbal marathon?”

Uygur: “We once did a 99-hour live show. I did 78 of the 99 hours. So, 10 hours is a piece of cake. Plus, we’ll have all of The Young Turks hosts from throughout the years on, so we could fill up two days with that if we wanted to.”

TYT is to online political commentary what Bernie Sanders and — yes — Donald Trump are to politics themselves: Bernie and Donald may be polar opposites in terms of worldview, but each brings an unfiltered, authentic (i.e., each completely believes in what they’re saying) style that has resulted in record crowds for the respective New Hampshire frontrunners alike. Same goes for TYT: Agree, disagree with its political perspective, but it’s hard to argue after watching it that you’re being fed preconceived B.S. or anything focus-group tested. Uygur explains:

“There are two secrets to our success — authenticity and passion. Our delivery, style and substance is so different than television news that it has become a clear alternative. We have an authentic and passionate voice, whereas they are largely robotic, script-readers. In the digital world, authentic will beat fake every time and passionate will beat dispassionate every time. Everyone knows what TYT stands for — honesty in covering the news. We challenge the establishment. Since 95% of the audience are outsiders who don’t believe in the establishment, we have a monumental advantage. The rest of the media have money power; we have people power.”

Challenging the establishment is a perpetual theme heard on the road to 2016. But what about 2026? Where does Uygur see the political media landscape then?

“Ten years is a long, long time. When we started ten years ago would anyone have guessed that TYT and CNN would be the main competition online? Would anyone have guessed that TYT would have eclipsed MSNBC and Fox News online? So, we will fight hard to make sure we are still winning ten years from now but I’m more worried about the little guy we don’t know about yet than I’m worried about CNN. How long can those old guys last with their bloated budgets and fake shows? To give you a sense for the future, in July 2015 comScore shows that among people aged 13-17, TYT had 79% of all video views for the news and politics field. CNN, MSNBC, Fox News, Vice, ABC, Huffington Post, Politico and all other media combined only had 21%. I think we stand a pretty good chance of dominating the political media landscape in the next ten years.”

Love ’em. Hate ’em. Numbers are numbers and TYT has not only survived a full decade but has thrived in the process… all while increased cord-cutting demonstrating the importance of having a strong online platform.

If your thing is brutal, unapologetic candor, check out The Young Turks.