My Call For ‘Winner Of The Year’: David Axelrod And His Unlikely Recipe For Obama Victory

My Call For ‘Winner Of The Year’: David Axelrod And His Unlikely Recipe For Obama Victory 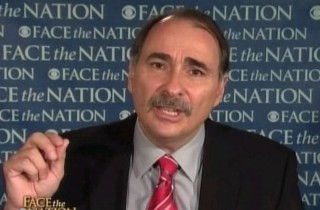 As a matter of full disclosure for the purposes of this column: I voted for Mitt Romney.

I did so for some of the same reasons 47 percent (there’s that number again) of the voting population did:

Our debt is spiraling out of control.

Our economy could be doing much better, and Romney is better equipped to the fix the problem.

ObamaCare, while noble, is a massive entitlement we cannot afford.

The President’s inability to compromise (and vice-versa)…

These may sound like GOP talking points, but those who have read my columns know I’m as objective and independent as they come. In total candor, I tilt more towards Obama on social issues, but one has to prioritize when making a voting decision. For me, the economy, debt and overall direction of the country were at the top of the list (as they were, for example, when I voted for Clinton in ’96).

So despite the high unemployment, the unchecked spending and a general feeling an Obama second term would be no different than the first, the President won by a substantial electoral margin and about three percentage points in the popular vote…

So while TIME’s decision to select the President as its “Person of the Year” is a safe one, it wasn’t the correct one.

This was a campaign won more because of strategy and execution than the performance of the incumbent in his first term.

I’d hand the award to the coach instead of the quarterback.

I’m going with David Alexrod instead.

Simply put, the President’s chief strategist pulled off the improbable: Winning four more years without the winds of a strong or even decent economy to work with at his guy’s back.

The decision made by the Obama campaign team (led by Alexrod) to blame the country’s current economic woes on George W. Bush –- a strategy mocked by the right and some in the center — turned out to be the correct one from a tactical perspective.

Just look at the exit polls from November 6th: About half of voters still blamed Dubya for the country’s economic problems, while most cited the economy as their top issue in the election (with debt/deficits a distant sixth). Alexrod correctly took the temperature of the country (See: four years isn’t enough to correct what we inherited) and ran with it…accountability for the past 46 months notwithstanding.

The choice to go negative early and often on Romney also proved to be devastating to a challenger yet to define himself to the American people. Part Gordon Gekko, part Thurston Howell, the rich guy with multiple-yachts-to-waterski-behind image was one Romney couldn’t shake in the all-important swing states, particularly after the 47 percent tape was released only to confirm the caricature.

Of course, it helped that most of Alexrod’s “friends in the media” (his words) and especially MSNBC hammered home this unfavorable sketch of Romney every day and night. In the final week of the campaign alone, 68 percent of MSNBC’s stories were negative towards Romney, with not one story being positive. Of course, 51 percent of MSNBC stories on the President were positive, with zero being negative.

If you only watched that network, it would be unfathomable that anyone would ever vote for a racist, elitist, extremist, auto-industry killer like the former Massachusetts Governor. Such is life in a world of ideological programming.

On the economic front, Alexrod was aware he couldn’t win on just blaming the other guy and begging for forgiveness and/or more time from the American people. Instead, an us-versus-them war straight out the Occupy Wall Street playbook had to be applied to ensure victory.

Say what you will about the OWS movement, but it did leave a good chunk of the country looking at the so-called rich a bit differently than it had before. The top 1 percenters are now seen by some as those stealing from the middle class and poor without doing much real work to achieve their wealth in the process. Romney (via Alexrod, the President and most of the media) was portrayed as a leader of the top 1 percent even well before the 47 percent tape was released.

To that end, someone had to represent the other 99 percent…those just looking for a fair shake.

The President was happy to take the part.

Which brings us to the most amazing aspect behind Alexrod’s and the President’s message: The top-earners, those making $250,000 and above, needing to pay more in taxes. In the past –think Walter Mondale’s declaration to raise taxes in ’84—any political candidate who dared to run on higher taxes for anyone would be cast aside. Now, it’s actually part of the offense.

We need to even the playing field, Obama would say at every campaign stop, and the rich contributing more (to what, exactly, still isn’t clear) is the only way to accomplish that. A huge risk in terms of a platform to run a re-election on, but it worked…and is being applied again in the fiscal cliff “negotiations”.

Amped up little-by-little during the President’s first term, class warfare had officially been declared after Romney won the GOP nomination, providing Alexrod with the perfect antagonist. And with obviously many more voters marching in the 98-99 percent of the battlefield than the 1-2 percent, Obama would end up winning with margins of 19,605-to-0, as he did in 59 voting precincts in Philadelphia.

If 333,908 votes in four swing states went the other way (a composite of Obama victory margins in Florida, Virginia, Ohio and New Hampshire), we’d be talking about how dumb Alexrod was for running his candidate on a platform that included higher taxes and pointing the finger on a lackluster economy at a predecessor out of office for nearly four years.

TIME’s 2012 “Person of the Year” is a deserving one, but sometimes you have to look beyond the quarterback to the coach calling the plays.

David Alexrod: My winner of the year.

Have a Happy New Year.