Nancy Pelosi, After Meeting with Conyers Accuser: ‘I Believe’ What She’s Told Me 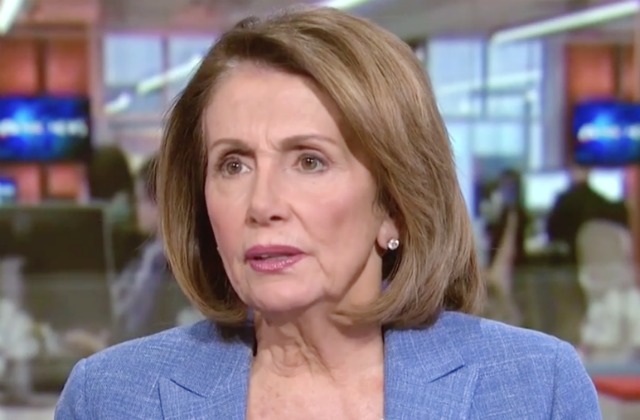 House Minority Leader Nancy Pelosi seems to be doing some damage control tonight, seeing as she just released a statement announcing that she believes one of the women who has accused Congressman John Conyers of sexual misconduct.

“This afternoon, I spoke with Melanie Sloan who worked for Congressman Conyers on the Judiciary Committee in the mid-1990s. Ms. Sloan told me that she had publicly discussed distressing experiences while on his staff. I find the behavior Ms. Sloan described unacceptable and disappointing. I believe what Ms. Sloan has told me.

Ms. Sloan, as a respected ethics expert and attorney, also gave me valuable feedback into the substantive reforms many of us in Congress are advocating to foster a climate of respect and dignity, and to protect legislative branch employees.

I have not had the opportunity to speak with the other women, one of whom cannot speak publicly because of the secretive settlement process in place. That ridiculous system must be ended and victims who want to come forward to the Ethics Committee must be able to do so.”

Pelosi’s announcement comes shortly after a Meet The Press interview where she dodged multiple times when asked about the various accusations against Conyers. During her appearance, Pelosi called Conyers an “icon,” seemed to express doubt about his accusers, and wouldn’t say whether she thinks he ought to step down from Congress.