New technology invariably brings, along with change, a torrent of anxiety about what that change will look like.  This anxiety can be eloquent.  It can also be less than eloquent.  Those who quailed at the prospect of a world quickened and mechanized by the Industrial Revolution, for example, had the good luck of finding a spokesperson in William Blake, the unofficial laureate of Ludditism.  “And was Jerusalem builded here,/” asked Blake mournfully, if not quite grammatically, of an English countryside raped and blackened by industry, “Among these dark Satanic Mills?”

Of course, nobody listened to Blake.  None of the movers and shakers, anyway. England kept on getting raped and blackened – and kept on keeping on, with the end result that some of us have spent hours of our lives we will never get back at Stansted Airport.

But still, successful or not, Blake clearly knew a thing or two about getting the most out of his tetrameters.  Technology depressed the hell out of Blake – but that depression, that anxiety, got expressed poetically. 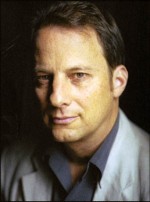 Not so anymore.  The new technophobia – induced, primarily, by the new media – is all prose.  “Twitter is crack for media addicts,” wrote George Packer in a recent blogpost.  Among the elite group of Twitter-wary readers Packer’s blog attracts, this post drew a mixed reaction of applause and fond disdain.  To be fair, Packer’s metaphor wasn’t exactly a lunge at the literary, something Packer’s amply capable of when he feels like it.  It was a mild shot at David Carr, the NYT’s media critic, who recently devoted a whole book, The Night of the Gun, to his off-again, on-again, generally star-crossed romance with a crackpipe.  But still, the phrase “crack for media addicts” rates so far beneath the Blakean in every category (Blake, after all, thought introspection strong enough stuff to cleanse the Doors of Perception) that you can’t ignore it.  In its vulgarization of a venerable mode of dissent, Packer’s post stands out as a herald of a new mood.

The other thing to say about Packer’s post is that it’s not unique.  Far from isolated, when Packer makes an overdrawn, detrimental comparison of Twitter to something else, a chorus lines up behind him.  Saying Twitter is really a lot like something that a lot of us, really, dislike has become the favorite new, if slightly nervous, pastime for a media convulsed by technological innovation.

Examples, anyone?  Why not a catalogue?  Twitter is, first of all, an atrocious party – “deafeningly banal” in the words of one Guardian columnist.  “Twitter is like a tragically hip New York night club,” USAToday.com quotes Bob Warfield, CEO of Helpstream, as saying. (This sentiment was echoed, rather more cheerfully, by Sarah Evans, “a publicist and self-described ‘Twitterholic.’”  Vanity Fair quotes her: “Twitter is like going to a giant cocktail party, every day . . Except you don’t have to get dressed up!”)  Or is Twitter, instead, a gun – a utensil of self-destruction?  “Giving some celebrities Twitter is like giving a kid a loaded gun,” the LA Times quotes Allan Mayer, head of the strategic communications division at the publicity firm at 42West.  (Reading this, one thinks of Norman Mailer, who said of the photographer Diane Arbus, reviewing her portrait of him, “Giving a camera to Diane Arbus is like giving a hand grenade to a baby.”)

However one feels about the above, one is bound to  get a little queasy hearing what Michael Fraser has to say.  A former burglar-turned-burglary-guru for the BBC’s Beat the Burglar series, Fraser solicitously offers that “[Burglars] gain confidence by learning more about [people via Twitter], what they are likely to own and when they are likely to be out of the house, and then target appropriate victims.  I call it internet shopping for burglars.”  Gulp.

All this represents the politer end of the spectrum.  For it gets, needles to say, a lot sourer.  “Reading the world off Twitter is like peeking into a Connecticut prep school and claiming to have seen America,” wrote Kerry Howley of Slate. Smug, incurious, upper-class, classist — Twitter, it occurs to you, ought to make a run for the Senate.

You can find a lot in this vein.  There is, really, no end to it.

Still, I think the nadir, the rancorous rockbottom, must be the following.  Responding to the NYT’s Bill Wasik, who argued in a July, 2009 op-ed that the Internet had usurped New York’s status as the top destination for young creative talent, the TNR’s Jason Zengerle posed a question that, in some circles, doubles as a casus belli: “Is Twitter the new Williamsburg?”

Perhaps, as the technology improves and expands, a decline in the critical discourse surrounding it – or, rather, clinging to it, like so many barnacles – is inevitable.

Still – Williamsburg?  It is time to put the gloves back on, gentlemen.

There is a lot to deplore, especially for the senior media, about the dawn of Twitter as a viable news-medium.  There is a lot to jeer at and criticize.  But the counterpoint, at the moment, is all off.  The jeering is obliterating the critique.  The trashing and bashing has become blinding.

Packer doesn’t scoff at Twitter, even as he recoils from it, and we should credit him for that.  But the sensational trope — Twitter as crack — has the effect of sensationalizing the bigger observation until it lapses into a kind of shtick: “[Twitter] scares me . . . because I don’t think I could handle it. I’m afraid I’d end up letting my son go hungry.”  Even worse, it has the effect of freeing Packer of the onus to investigate an anxiety that is neither trivial nor his alone.  As his post goes to show, we are still awaiting – the Luddites among us with baited breath – the eloquent counterargument the phenomenon of Twitter demands.