Newspapers Couldn’t Stop AP Death Photos, Even If They Wanted To

Newspapers Couldn’t Stop AP Death Photos, Even If They Wanted To 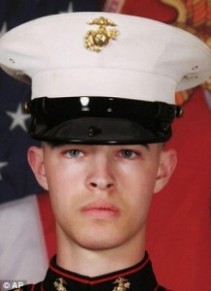 Last week, the Associated Press’s decision to run a photograph of mortally wounded Lance Cpl. Joshua Bernard moments before his death in Afghanistan gave rise to enormous controversy. It was condemned by Robert Gates, who called the decision to run the photo “appalling;” “The issue here is not law, policy or constitutional right – but judgment and common decency,” wrote Gates. Bernard’s family was strongly against the photo’s publication, but the AP ran it anyway, saying that “the photo itself is a part of the war we needed to cover and convey.”

The Bernard photo controversy had the side effect of showing just how unimportant newspapers have become as a means of distribution. The photo was all over the Internet within hours of its publication, but Editor & Publisher reports that newspapers had a “mixed” reaction to the death photo:

The Times later showed the photo with a lengthy discussion on its Lens blog at:

NPR.org carried the image but put it behind a prominent “Warning” screen.

All of that hand-wringing had no effect on the distribution of the photo. On the day of the controversy, “Lance Cpl. Joshua Bernard” was one of the top searches on Google Trends, which has a ghoulish knack for putting death photos at the top. People heard about the death photo, and they found it, newspaper editorial boards be damned. If just the AP had run the photo — even if the AP had run the photo for 5 hours and then taken it down — it would have been out there, if only on bottom-of-the-barrel spam blogs that automatically scoop up popular searches and archive popular links.

Does this mean that the media is irrelevant? No. If the AP hadn’t run the photo, nobody would have seen it. Likewise, if the New York Times or the Washington Post doesn’t run a controversial article or op-ed, no one will read it, and the whole of the online debate will be changed by its absence. But if you’re the individual middleman, you have very little impact on the flow of information, even ethically compromised information. Once again, newspapers that slash their staffs and run lots of wire stories have fewer and fewer reasons to exist each day.