Newsweek‘s newest cover story takes on an important but not-oft-talked-about issue: sexism and the underrepresentation in Silicon Valley. To get across this idea, Newsweek is running the story along with this provocative cover image: 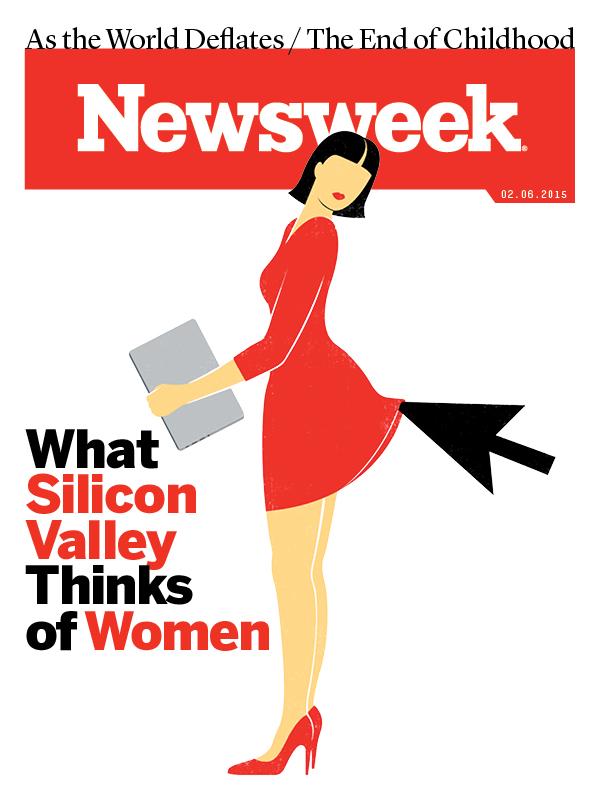 As you can imagine, that image received quite the blowback on Twitter:

@Newsweek What an ignorant graphic. Shame on you. #2015 no progress

@Newsweek I would call that cover, obscene, sexist & disgusting. Why I stopped reading you MANY years ago.

@Newsweek your cover does not help

That @newsweek cover, @jimpoco? Clickbait, designed to piss off women while pretending to investigate sexism in tech. Fail–but you know it.

It's like a sexy wink of a cover, which is fucking offensive given the real problem of misogyny in tech.

Because I'm sorry, sexism in tech is not a cheeky Man Men-esque ass-pinch. It is a vile, issue of systemic harassment & power.

There were, of course, people who weren’t too bothered by the cover and actually liked the message it conveys:

I respect those who differ, but I like the @Newsweek cover because it portrays a woman becoming an object, absolutely outside of her control

This @Newsweek cover doesn’t seem like something to freak out over. But hey, that’s just me!
*floats away*
pic.twitter.com/bPJ6krhg5l

Newsweek managing editor Kira Bindrim responded to the criticism on Twitter and engaged with people who had some problems with it:

Behind the @Newsweek cover? You know, just 5,000 words about how pernicious sexism in tech is http://t.co/uRhbxtHr4O pic.twitter.com/SbWlInziAy

@goldietaylor @sarahkendzior Maybe. I think someone can disagree with a cover and still read the 5,000 words behind it.

@goldietaylor @sarahkendzior For sure—I think we're disagreeing about whether this one is. But I do highly recommend reading the story.

@ReaganGomez @goldietaylor @sarahkendzior For me, the illustration inspires the same reaction the quotes & anecdotes in the story do.

@ReaganGomez @goldietaylor @sarahkendzior Which is that viewing women as objects is prevalent and a huge huge problem.

Now, if this has all piqued your curiosity about the actual content of the Newsweek cover story, you can read it here.

[image via Newsweek, featured image via 360b]