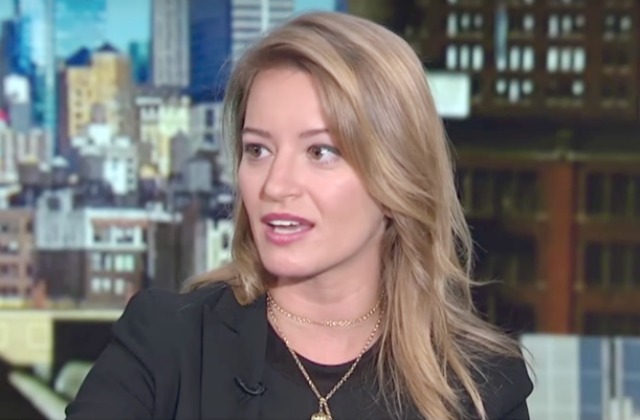 The 2016 election raised the profile of a lot of reporters, among them NBC correspondent Katy Tur. She was called out by then-candidate Donald Trump by name on more than one occasion, she has a book coming out later this year, and she was the subject of a New York Times profile out yesterday.

However, there was one little problem people had with the profile. The headline.

It initially said “Katy Tur Is Tougher Than She Looks,” and some people weighed in with some critical thoughts:

Dear @KatyTurNBC, enjoyed the profile. Headline made me realize why we need more women in the room. You look plenty damn tough to me.

faaaaaaairly sure they wouldn't write this headline about a man https://t.co/BAmFPblIGL

Are similar headlines written about men?

What would this headline be like for a man? https://t.co/S8NEIo6Qvo

@KatyTurNBC cleared out a biker bar in Iowa with just a cold stare. I was there.
(This headline is sexist and stupid.) https://t.co/FjNpSrDIPo

Runner up: Katy Tur is Less Girly Than She Looks

The Times ended up responding to the criticism and updating the headline:

After reader feedback, we changed the headline on this article and deleted an earlier tweet that used that headline. https://t.co/r5bwu42CCx

Though as Poynter flagged earlier, they changed it again since then.