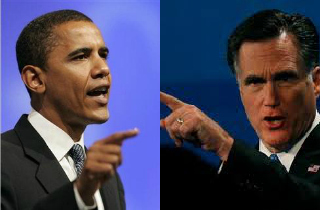 Early this morning, the New York Times‘ Nate Silver posted that, according to his analysis of 12 national polls published yesterday, President Barack Obama continues to make gains. Mr. Obama led by an average of 1.6 percentage points. Perhaps more important is the trend in the surveys. On average, he writes, the President gained 1.5 percentage points from the prior edition of the same 12 polls, losing ground in but one of them.

The national polls now range from showing a 1-point lead for Mr. Romney to slightly more than a 4-point advantage for Mr. Obama. The FiveThirtyEight forecast of the national popular vote is within this range, projecting Mr. Obama’s most likely margin of victory to be two or three percentage points, approximating the margin that George W. Bush achieved in defeating John Kerry in 2004.

Averaging polls together increases their sample size — making them much more powerful statistically than any one poll taken alone. But the errors in the polls are sometimes correlated, meaning there are years when most of them miss in the same direction. Mr. Romney remains close enough to Mr. Obama that he could fairly easily win the popular vote if there is such an error in Mr. Obama’s favor this year.

Mr. Romney’s chances are less, however, of winning the Electoral College. The large majority of polls in battleground states over the past three days have shown leads for Mr. Obama.

There are several paths for Obama to win, he adds, with “a number of backup options.” Meanwhile, Silver characterized Romney’s efforts in Pennsylvania — while successful in “tightening” the state — as “too little too late.”

The odds are, Silver states, “that Mr. Obama will win another term.” You can read his full analysis at his FiveThirtyEight blog.