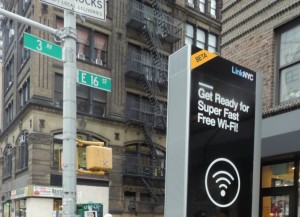 If you don’t live in New York City, you are missing out. For months, little kiosks have been popping up on the streets. Marquees flash across their screens, announcing that there are USB ports and WiFi services available to everyone. Not only that, but the kiosks have little tablets anyone can use to get online! Or, rather, they used to. That feature has been disabled. Let’s go over why.

Amazingly, the sweethearts at LinkNYC do not agree! They do not want people using their generous devices to look up things that are unholy. They are pulling the plug on the tablets’ web-browsing service, although they are also maintaining that “other tablet features—free phone calls, maps, device charging, and access to 311 and 911—will continue to work as they did before, and nothing is changing about LinkNYC’s superfast Wi-Fi.”

They’re framing the decision to yank the web browsers as one that was made in response to people — especially homeless people — hogging the tablets for “personal use.”