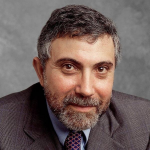 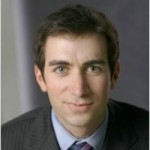 According to Krugman, Sorkin blatantly misrepresented him in his Dealbook column this morning by claiming that, in the early days of the financial crisis, Krugman and other economists like Nouriel al-Roubini had at advocated “nationalizing the entire banking system.” Those are fighting words for an economist, apparently, and Krugman smacked back:

I certainly never said anything like that, and I don’t think Nouriel did either. First of all, I never called for “nationalizing the entire banking system” — I wanted the government to take temporary full ownership of a few weak banks, mainly Citigroup and possibly B of A. I defy Sorkin to find any examples of me calling for a total takeover.

And the argument was never that “no matter how much money we threw at the banks, they would eventually topple the system all over again”. Again, where did I say that? The argument was always that if we were going to rescue the banks — and we were — taxpayers should get the potential upside as well as the potential downside.

If you want to say that the advocates of nationalization were excessively pessimistic about the prospects for a light-touch bank strategy, fine. But caricaturing their position, making it sound far more extreme than it actually was, is definitely not OK.

It’s not caricaturing Krugman’s position to call that a total, unequivocal and very public spanking.

So what happens now? Krugman just demanded an apology from Sorkin. Will he get it? Or does Sorkin have the goods? What he actually wrote was that the two “declared that we should follow the example of the Swedes by nationalizing the entire banking system.” Is there a smoking gun smarty-pants that’s-so-2008 Krugman comment out there that Sorkin can wave around? And would following the Swedish example mean more tall, strapping blond people walking our streets? Because frankly, if that’s the case, then I might just be siding with Sorkin.

As the kids say, developing… until then, it might be awkward if they pass each other in the hallway.

UPDATE: Well, this one has made the rounds today! From Gawker to Business Insider to Daily Intel, everyone noticed the meow-fest. Foster Kamer at the Village Voice, however, dug in and did the kind of Pulitzer-winning investigative work the Enquirer could learn from, and discovered that someone was right and someone was spanked. His verdict: Krugman. See why here.