Obama: ‘In The 1980s, I Would Be Considered A Moderate Republican’

Obama: ‘In The 1980s, I Would Be Considered A Moderate Republican’ 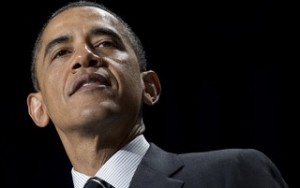 Much has been said about Barack Obama, our socialist, Muslim president with communist comrades in Congress. In an interview with Noticias Univision 23, however, Obama said few people actually believe such a characterization of him — and that, not too long ago, he would have been considered a moderate Republican.

“One issue that Cuban-Americans are worried about is, they believe that you favor a socialist model for our country,” Alina Mayo Azze said to Obama. “Cubans and Venezuelans especially because of what they have gone through. What do you think of that?”

“I don’t know that there are a lot of Cubans or Venezuelans, Americans who believe that,” Obama replied. “The truth of the matter is that my policies are so mainstream that if I had set the same policies that I had back in the 1980s, I would be considered a moderate Republican.”

I mean, what I believe in is a tax system that is fair. I don’t think government can solve every problem. I think that we should make sure that we’re helping young people go to school. We should make sure that our government is building good roads and bridges and hospitals and airports so that we have a good infrastructure. I do believe that it makes sense that everyone in America, as rich as this country is, shouldn’t go bankrupt because someone gets sick, so the things I believe in are essentially the same things your viewers believe in.

In the debate over the size of government, some of the president’s critics have argued that Obama wants to redistribute wealth. The Affordable Care Act, in particular, hasn’t sat well with many of his opponents.