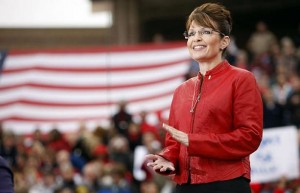 These days it seems like you can’t go anywhere without hearing people claim that President Obama is a socialist. Hell, even former SNL stars are saying it in song (beware, that video makes It’s Pat seem entertaining). But, is he? While one side of the argument just takes it as a given that he is and the other just takes it as a given that he isn’t, no one seems to be that knowledgeable of the facts. Well, the good folks at CNN have found some people who are: actual socialists.

Gee, you’d think someone would have thought of that before.

When asked if Obama was one of them, the card-carrying members of the socialist party pretty clearly said he isn’t. In fact, it seems that he’s so much not that they don’t really like him that much.

“But Wharton, co-chair of the Socialist Party USA, sees no reason to celebrate. He’s seen people with bumper stickers and placards that call Obama a socialist, and he has a message for them: Obama isn’t a socialist. He’s not even a liberal.
‘We didn’t see a great victory with the election of Barack Obama,’ Wharton says, ‘and we certainly didn’t see our agenda move from the streets to the White House.'”

The rest of the article goes on to give a detailed definition of what socialism really is as well as what it isn’t. And one of the things it isn’t is Obama’s Health Care Bill. Bill Wharton, one of the socialists interviewed, had some pretty nasty things to say about that too. The socialists also criticized the Wall Street bailout as well as the auto industry bailout. The consensus on all issues was: none of them were socialist and none of them were good.

The article ends with a pretty funny interview with a Tea Party member who refuses to believe that Obama’s not a Marx fan even after hearing the quotes from the Socialist Party (sadly enough, we imagine that response is going to be the popular one). However, the most entertaining quote comes at the very bottom of the piece and is from Frank Llewellyn, national director of the Democratic Socialists of America:

If you want to learn something about spreading the wealth, Llewellyn says, don’t look to Obama.
‘To be honest, the most socialist candidate in the 2008 election was Sarah Palin.'”

That would explain all those red jackets…

Check out the article. At the very least, read it for the definition of socialism. It’s pretty clear that we all need boning up on that subject.