Of Ping, Twitter and the “Command And Control Culture”

Of Ping, Twitter and the “Command And Control Culture” 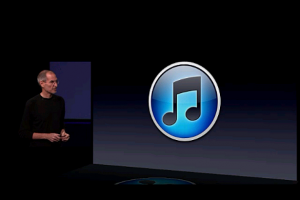 So! Ping launched earlier this week, and more than a million people have signed up. I’m not one of them. I use iTunes for downloading music but I always decline when prompted to update this or that new version. As described by the AFP, Ping “allows users to view photos and videos of their favorite musicians and receive information about concert dates.” There’s also a social component but honestly, I get what I need from Twitter, Facebook, Tumblr and, most importantly, YouTube, which is the first place I go when I want to hear a song (and before music types get all cranky, it’s usually followed up by a visit to iTunes for a download, so there). Point being, I love music and love learning about new stuff, but after reading about it didn’t really see how Ping could add value to my life. After reading VC/thought-leader Fred Wilson’s take yesterday, I felt vindicated – but also piqued:

In summary, Ping is not very social and it is not really about music. It is about music purchases and celebrities.

Ping shows what a command and control culture thinks a social network is. I am sure millions of people will use Ping. And I am equally sure that it will not advance the state of the music business one bit.

Two things here. First, the piquing was about last.fm, which Wilson evangelizes for frequently that I finally went to his channel, fredwilson.fm, to put his money where my ears are. There I found a whole bunch of new, great music. Bookmarked. Second, his description of Ping made me think not of Apple, but of Twitter.

I was recently annoyed to discover that my malfunctioning Tweetdeck was not the result of an overworked computer (my default assumption always) but rather Twitter deciding to kill some of its darlings. Or rather, some of your darlings — apps that users have become used to, that they have integrated into their behavior (Business Insider has an extensive list). I get why that has to happen — should happen, and is natural to happen, even — but I’m keeping my eye on how it’s happening. 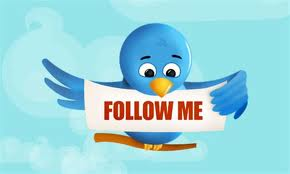 It happened imperiously, top-down-ly, dare I say Facebook-ly. Sending out an email that your filter couldn’t distinguish from follower and DM notifications, instructing you to update your applications without so much as a prompt (they just…won’t work) and doing it during the last week of August — when people have tons of time to dedicate to reading emails from Twitter, and tending to their malfunctioning technology — all that doesn’t exactly maximize the user experience.

And Twitter is all about user experience — the fact that it is so easy, so clean, so unencumbered has won it so many users and fans, for so many different reasons. So when it starts to become annoying — with too many ads in the feed, too cluttered an interface, too many fail whales etc. — the less committed amongst us will bolt. I wrote about that in November when those lists were launched, and found it a “time-consuming, burdensome process [for] users,” rolled out in such a way as to create an urgency about making lists now lest you be left off the gravy train. (Not to be confused with the “Suggested Users” gravy train which was also more about brands and celebrities than anything else.) And it’s new “Suggested Follow” user confuses me because, unlike last.fm, it does not seem to know “what I am listening to right now,” since it keeps suggesting people I already follow. There doesn’t seem to be much “listening” going on at all.

So that phrase — “a command and control culture” — doesn’t only sound like Apple, with its beautiful but un-openable iPad, but also Facebook with its top-down maze of privacy settings, and now Twitter with its weirdo Orwellian OAuth lingo (like something that might one day, say, enslave drones like these). The jury’s out on whether Twitter’s reassertion of control is better for users — I can’t help but agree with the note of caution sounded by Chris Dixon —  but the more they behave like ”a command and control culture” the less they will ”advance the state [of the] business.” In the words of Cory Doctorow: “Incumbents make bad revolutionaries.” 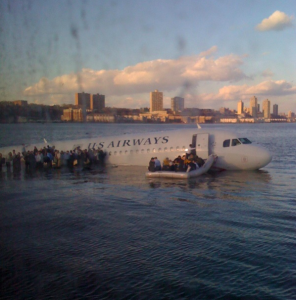 I was halfway through writing this post when I remembered that Fred Wilson was not only the evangelizer of the free-and-social last.fm but was also the key investor who brought forth Twitter’s app-killing message. Hmm. Discrepancy? Hopefully not — maybe that will mean he’s aware of the pitfalls, and will keep an eye on Twitter lest it become more like Ping than Last.fm. Because I have to say, I worry about Twitter. Not that it will survive — they don’t need my blessing for that — but that it will stay the kind of open, community-enhancing-and-enabling site that made it flourish at the outset. The kind of site that got people of influence not only using it, but evangelizing for it. I worry about the incumbents vs. revolutionaries dichotomy, I worry that, as Chris Dixon said, “having one company control a core internet service hinders competition and therefore innovation,” I worry about its stability, like Caroline McCarthy of CNET did last year, when she noted its not-infrequent wobbles and mused that “the prominence of Twitter as a communications channel in the Iranian crisis raises the question of whether a pre-revenue company — no matter how cushy its venture backing — is up to task.” But honestly, between the closed “Suggested Users” list, the rollout of lists, its lack of support for the businesses that banked on it early — from outfits like Stocktwits to TwitPic, which amazingly is threatened now (despite this Twitter-cred-making moment), and this top-down UE-ignoring OAuth stuff, I worry that they are becoming a site that I use but don’t care about, or root for. Like Facebook.

Yes, I know that Facebook has 600 million users or some such crazy thing. It doesn’t need me, but anyway, I still use it. But MySpace has shown what happens when users don’t love using anymore. So, too, did Friendster (and man was I on that thing every other minute back in the day). So while I know that Twitter is doing just fine with or without my 140-character contributions, I also know that people are fickle, and when using something becomes too annoying, they stop. Using Twitter this week was annoying. So, all things being equal, I’d rather they stop than the rest of us.

Related:
Here’s Who Just Got Screwed By Twitter [Business Insider]
Don’t Get Cocky, Twitter [Mediaite]
Twitter’s Youth Is Over [CNET]
Why does it matter that Twitter is supplanting RSS? [Chris Dixon]
“There’s a plane in the Hudson” [Twitpic]