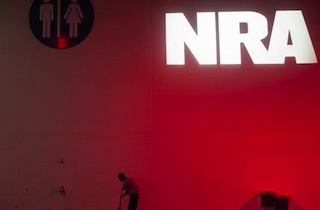 Following a statement from the NRA’s legislative arm chastising the behavior of various open carry groups for being “downright weird” and potentially incurring harm to the cause, Open Carry Texas, a group specifically cited by the NRA, fought back against an “ignorant” and “unnecessary” statement.

“The NRA has refused to learn for themselves how Open Carry Texas (OCT) conducts itself other than what the liberal media and Bloomberg funded gun control extremists have falsely portrayed,” OCT wrote on its Facebook wall. “The real ignorance in their statement is that it was completely unnecessary. OCT – along with Come And Take It Texas, Texas Carry and Gun Rights Across America – has already changed its methods and the whole world is aware of that.”

RELATED: Video: Open Carry Activists with Rifles Get Tossed from Chili’s and Sonic

“The more the NRA continues to divide its members by attacking some aspects of gun rights instead of supporting all gun rights, the more support it will lose,” the group wrote. “Already, OCT members are posting pictures of themselves cutting up their life membership cards. If they do not retract their disgusting and disrespectful comments, OCT will have no choice but to withdraw its full support of the NRA and establish relationships with other gun rights organizations that fight for ALL gun rights, instead of just paying them lip service the way the NRA appears to be doing.”