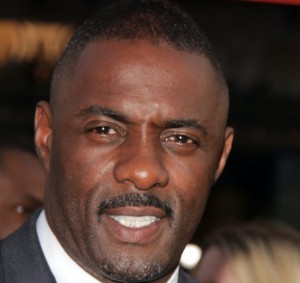 This year’s Oscar nominees are so white, John Boyega is asking if he can keep his Stormtrooper helmet on for the next Star Wars movie, but let’s face it. Observing how white the Oscars are has become an annual rite. This year, every single acting nominee is white, and director Alejandro Iñárritu is the only nonwhite person to crack the top categories, which has once again given rise to the #OscarsSoWhite hashtag, and talk of a boycott, along with the predictable backlash against the backlash.

Into that fray has stepped April Reign, creator of the #OscarsSoWhite hashtag and Editor-at-Large of Nu Tribe Magazine, to try and keep the issue in perspective. April has been doing a fair amount of media around this year’s Oscar race, including an appearance on BBC Newshour Tuesday morning that got a little bit awkward when film critic Jason Solomons chimed in that maybe black people shouldn’t covet nominations for playing “gangster rappers” like the Straight Outta Compton cast, or an “African savage” like Idris Elba‘s Beasts of No Nation character:

Jason Solomons: Could we have nominated the cast of Straight Out of Compton (sic)? Playing gangster rappers? Is that really what we want to see African-Americans being nominated for? Or Idris Elba himself being nominated for a savage warlord in Africa for doing the film Beasts of No Nation? Would that have been the right thing to do, to just nominate that and have this portrayal of an African savage? Perhaps that would have been the wrong image, too, so…

April Reign: I take a lot of issue woth the way things are being characterized. In fact, if we look at the nominees and the actual winners of Oscars, unfortunately, they have played less than stellar roles. For example, Halle Berry won for playing a woman who may have had some mental challenges in Monster’s Ball, when the winner was for The Help, that was for a subservient role. However, it’s not fair to say people of color should not be nominated at all because of the roles that they have to play. The goal is to make sure that there are better roles for them to play… Let’s not call Mr. Elba an African savage, let’s not talk about gangster rappers, when, in fact, Three 6 Mafia won for Best Song a few years ago, and they are a rap group, so I definitely take issue with the characterization that you’re making.

Part of the problem with this year’s Oscar controversy is the proliferation of imperfect messengers like Will Smith, who has been nominated twice for better performances, and who lost both times to other black actors who gave better performances. Jada Pinkett Smith urging a boycott over Oscar snubs is like Camille Cosby cutting a PSA about systemic racism in the criminal justice system. It just doesn’t track. Ditto Spike Lee, who put out a movie that a lot of black people are not amused with. Then, there are those who already got theirs, and can’t be bothered.

Unfortunately, voices like these tend to drown out sharper and more reasoned voices like April’s. At the risk of pointing out some things that she probably already has, I’d like to handle a few of the excuses being made for the utter lack of black nominees this year.

Maybe there weren’t any black performances that were good enough?

I’ve got two words and a consonant for you: Michael B. Jordan, who was criminally snubbed for Fruitvale Station, and who was snubbed this year acting opposite a guy who’s just coming off of The Expendables THREE, and who did get nominated.

The Academy members are too old?

They’re just as old this year as they were in years when multiple black nominations occurred. Maybe the problem is that they can’t remember more than three black actors’ names at any given time.

The Academy is too white?

Yes, they are, but they can all read, can’t they? If they cared the least little bit about it, the Academy could respond to the criticism by improving members’ access to more diverse films, as well as outreach to minorities in promoting filmmaking as a career.

The movie business is too white?

It is and it isn’t. Minority representation in films and television is always lacking, but not so much so that there are absolutely no performances or films that are worthy of recognition.

Aunt Viv is right, there are certainly more pressing issues facing black people in America, but representations in media and pop culture are important, especially to young people, and so is recognition of it. If you can’t find one slot out of twenty-five, then you’re either not looking hard enough, or white people are Just That Good. Pick one of those arguments and stick with it.