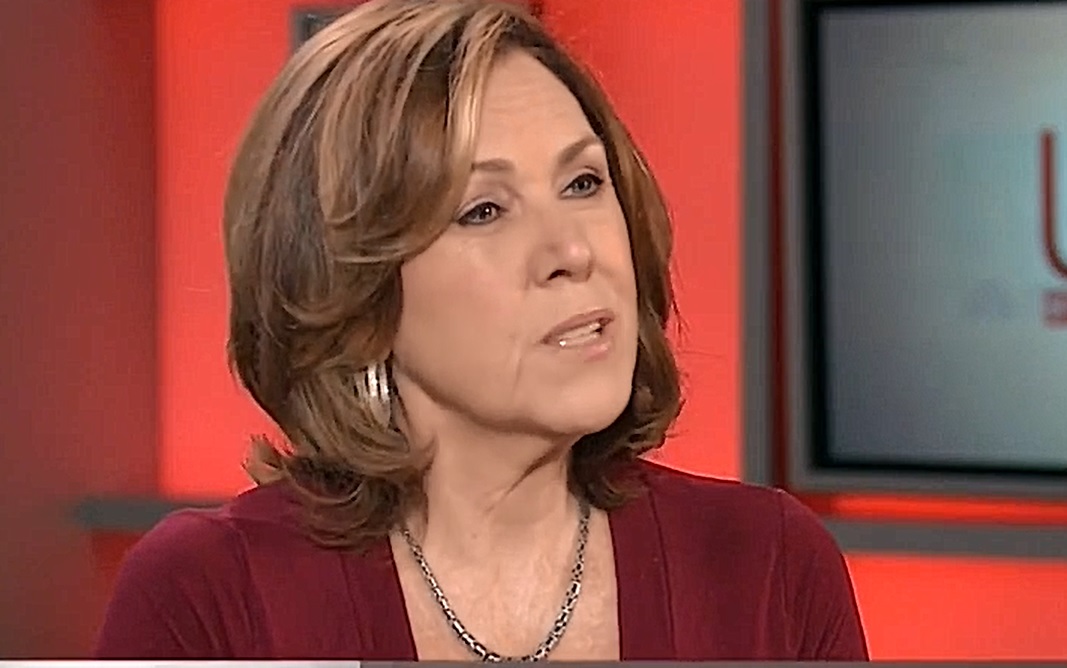 MSNBC analyst and former editor-at-large of the far-left website Salon, Joan Walsh, has been on a roll as of late, making eyebrow-raising comments on a seemingly daily basis.

Her latest came in the wake of a White House briefing by Thomas Homan, the acting director of Immigration and Customs Enforcement on Thursday.

As Homan briefed reporters on the Trump administration’s crackdown on criminal organizations, like the violent MS-13 gang, infiltrating the United States and illegal immigration in general, Walsh referred to the ICE director as the “head of a violent gang.”

“Wow, the head of a violent gang is taking the podium at the White House,” she tweeted. “The head of ICE. Ask good questions please, WH press corps.”

Wow, the head of a violent gang is taking the podium at the White House. The head of ICE. Ask good questions please, WH press corps

After some pushback on Twitter, Walsh doubled down on her absurdity and actually called ICE agents “the deadliest gang.”

They are the deadliest gang.

Walsh, a rich white woman who presumably doesn’t deal with the presence of groups like MS-13 in her rich white neighborhood, seemed clueless to the fact that ICE is actually protecting the people she purports to care so much about.

The ICE director’s remarks come as the Trump administration attempts to put pressure on sanctuary cities to get them to cooperate with federal authorities in dealing with the problem of criminal illegal aliens.

On Tuesday, Attorney General Jeff Sessions announced that the Department of Justice will pull certain grants from jurisdictions who refuse to hold criminal aliens in jail for 48 hours so immigration agents have time to take them into custody.

For some reason, Walsh has decided to side with the criminals over law enforcement. This is at least the third insane thing Walsh has said just this month alone.

Earlier this month she claimed that “really good research” proves that Trump voters were motivated by “fears of brown people.” About a week later, she said that Ivanka Trump can’t be a feminist because she was wearing such a “girlie” dress at the G20 Summit.