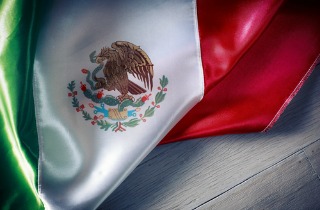 So… I just finished reading a Daily Beast commentary on how to properly celebrate Cinco de Mayo without being offensive to anyone in any capacity, and let’s just say it’s a good thing dinner isn’t for another couple of hours.

Young writers just love their snark these days. Love the cynicism. All while feeling morally superior to just about anyone. It’s the trifecta of what passes as quality opinion in 2015: Snark. Cynicism. And looking out for the well-being of others when it comes to race or ethnicity.

Said commentary comes from someone named Kelly Williams Brown, who shares her pontificating pointers in her Tuesday piece: “How Not to Be Awful this Cinco de Mayo.” First sentence: “This May 5, the celebrations don’t have to be a festival of racist caricatures! So put down the sombrero and poncho, and check out our helpful Q&A. (Salsa and chips are allowed.)”

She goes on to share her thoughts on “Co-Opting Random Bits” of Cinco de Mayo and the audacity of Americans looking for an excuse to drink by “celebrating a culture you are not a part of.” That’s right: If you’re not Irish, to hell with even thinking of attending a St. Patrick’s Day party. Having a Christmas party? Tell your Jewish friends if they’re compelled to attend, don’t even think of wearing red, green or a Santa Hat since co-opting random bits of the holiday in hopes of getting some free eggnog is a big no-no.

Brown goes on to educate us on how Cinco de Mayo isn’t “particularly a thing” in Mexico outside of one city. Yet here are these eeeevil Americans–likely former fraternity and sorority members who can’t let go off college life and getting overserved– hijacking the holiday as an excuse to dress up in Mexican garb, which is “Cinco de Weirdly Racist Douchebaggery” in the eyes of the writer (who somehow dropped “racist” three times into a relatively short column). She may also very well be the granddaughter of Dean Wormer of Animal House…a movie that would be boycotted and protested for about 153 reasons if released in today’s increasingly oh-so-sensitive-and-impossibly-irritating culture.

Flashback 1978, Wormer to Delta House as they march out of a disciplinary hearing in protest:

You’ve done it this time, buster! No more Delta! I’m calling the national office! I’m going to revoke your charter! And if you wiseguys do one more thing, one more, I’m going to kick you out of college! NO MORE FUN OF ANY KIND!!

No more fun of any kind indeed. By the way, St. Patrick’s Day really isn’t a thing in Ireland, either. In fact, bars were ordered closed by the government until the 1970s. “Dublin was the dullest place on earth to spend St. Patrick’s Day,” columnist Maeve Binchy wrote in the New York Times. She explains how her family would witness other Irish in America drinking heavily on TV on March 17th while Ireland was bone dry as far as pubs were concerned. To this day, the celebration is muted. Church, home, eat is essentially the itinerary.

The whole Cinco de Mayo “controversy” harkens us back to last year, when both ABC and MSNBC were forced to apologize for donning sombreros and drinking tequila or margaritas. In ABC’s case, Lara Spencer of Good Morning America, who doesn’t appear to have a malicious bone in her body, was simply doing a quick segment on May 5th being the biggest day for margarita sales. She wasn’t mocking the day or the culture…just having fun in the semi-cheesy way morning shows usually do when marking these occasions. No matter…the twitter mob spoke and Spencer wasn’t about to make the story any bigger, so she apologized (probably) in an effort to ensure the so-called story didn’t gain any traction (while likely thinking, “Dozens of morning hosts have done this before me on the air for decades…and now suddenly I’m the bad girl?”).

The MSNBC version wasn’t anything to get upset about, either. Thomas Roberts kicked off the program with a producer dressed in a sombrero and pretending to swig tequila. Roberts joked that the day marked an excuse to drink tequila at 5:30 in the morning at work. And that’s the joke: Americans look for almost any excuse to dress up and get smashed in the process. Clearly the producer wasn’t trying to look or sound like an actual Mexican, but instead like a binge-drinking American getting loaded for no apparent reason at an impossibly early moment of the day. MSNBC apologized and at last check, has decided not to go down that road again this year.

So please…celebrate Cinco de Mayo today no differently than you have in years past. Wear a sombrero, drink a Corona, have some salsa. It’s Tuesday. The weather for some of us is finally of the jacket-free variety.

If you need me or wish to complain, I’ll be here.

Otherwise, say hello to the thought police — led by Kelly Williams Brown — ready to get offended about some other holiday like Flag Day next.