Perez Hilton To Bristol Palin: Why Not Bring Maher’s Comments To Obama’s Attention ‘Instead Of Insulting Him Too?’

Perez Hilton To Bristol Palin: Why Not Bring Maher’s Comments To Obama’s Attention ‘Instead Of Insulting Him Too?’ 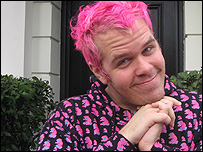 Bristol Palin recently called out President Obama, asking about her nonexistent phone call in light of the “reprehensible” comments HBO host Bill Maher made about her. In a new twist, celebrity blogger Perez Hilton is adding in his two cents, defending the President. Calling her hostile, he asked, “Why not just call the comments to his attention instead of insulting him too?”

RELATED: Bristol Palin Takes On Obama: Where Is My Call For Maher’s ‘Reprehensible’ Comments?

If Maher talked about Malia and Sasha that way, you’d return his dirty money and the Secret Service would probably have to restrain you. […] Yet I wonder if the Presidency has changed you. Now that you’re in office, it seems you’re only willing to defend certain women. You’re only willing to take a moral stand when you know your liberal supporters will stand behind you.

But gurl, why so hostile toward Obama?? Why not just call the comments to his attention instead of insulting him too?

Limbaugh is a radio host whose comments made national headlines during a very important debate in America’s social history.

Maher’s?? We’re not excusing his comments toward Bristol, but those comments were made throughout the course of the comedian’s career, and they definitely didn’t make headlines.

So could it be that Obama is just unaware of these comments? After all, he has been very protective of Bristol in the past. Lets not let paranoia convince us the presidency has turned him into a big, bad monster.

Maybe next time a political family wants to make a point, they should leave the mud slinging behind and maybe then we’ll be impressed!

Ah, the day we leave behind mudslinging…