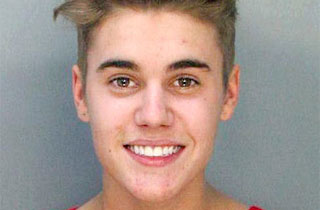 Once upon a time, in the golden days of 2011, when people really didn’t hate the Obama Administration as much as they do now, some White House officials decided to allow the public to send petitions to the President and his policy team. Upon reaching 100,000 signatures, they announced, the White House would then review the petition in question and issue an official response.

And now they’re stuck in a hole, because a petition to deport Justin Bieber just received 100,000 signatures on We The People.

“We the people of the United States feel that we are being wrongly represented in the world of pop culture,” the petition states, referencing his recent arrest and drug shenanigans. “He is not only threatening the safety of our people but he is also a terrible influence on our nations [sic] youth. We the people would like to remove Justin Bieber from our society.”

Naturally, there’s a counter-petition to keep Justin Bieber in the US, which uses logical and reasonable arguments that were most certainly not written by 14-year-olds:

Instead of looking at all the horrible events that Justin Bieber has been through why not the good? People only look at his bad boy aura and not everything that he has done to help around the world. He has donated so much money to charity’s but people over look that fact. Also, what about all these celebrity’s that have done so much worse. For example, Chris Brown was charged for Women abuse but was let off the hook. Just because he’s Justin Bieber and not some rapper doesn’t mean he deserves this.

The whole idea of Justin Drew Bieber getting deported, is completely unfair. He doesn’t deserve this…. With your help, we can stop it. He’s human. He’s not perfect. The media sees the bad side of him. Please. He’s saved so many lives. Including mine. A lifesaver, Shouldn’t deserve this.

And then another one that argues quite vocally for his deportation:

Forescore [sic] and 19 years ago America was a place of serenity before our ears were tainted by Justin Bieber’s abominable music and the images of him peeing in mop buckets and atop the snowcapped Colorado mountains. He has shown that he is incapable of contributing anything to our society other than stimulating the marijuana industry, single-handedly keeping the saggy hammer-pants trend alive, and giving Selena Gomez inspiration to write break-up songs… RadioNOW 100.9 believes that insuring Bieber-free streets is the only way to insure that we the people of the United States can once again achieve liberty and justice for all..even one less lonely girl.

See? The people demand that you act to save this singer’s life, Mr. President, and it is incumbent upon you to do so. Even better, do it in a song. Or get One Direction to sing a response.