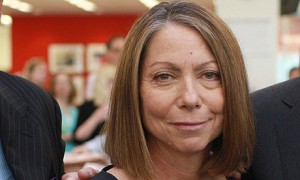 President Obama will deliver the commencement address at Barnard College in May, bumping New York Times‘ executive editor Jill Abramson, who was previously scheduled as the speaker, Politico’s Dylan Byers reports. According to Barnard’s statement, Abramson “is happy to speak at Barnard at a later date.”

RELATED: Jill Abramson Tells CNN: ‘I Don’t Want To Be In A War With Arianna Huffington’

The Hill’s Amie Parnes reports that “the White House called the college in recent days and offered up Obama as the commencement speaker and the college promptly accepted.”

“This is an extraordinary honor for Barnard, and we are thrilled to welcome President Obama for this important moment in the lives of our graduates and their families,” Barnard President Debora L. Spar said in a press release. “His commitment to empowering women is so meaningful to our students, who aspire to lead and make their mark on the world. No doubt, the President’s words will make this year’s Commencement truly unforgettable.”

Previously, Spar trumpeted the selection of Abramson as the commencement speaker. “We have so many reasons to value Ms. Abramson’s place in history as the first woman to appear at the top of The New York Times masthead,” Spar said at the time. “From her early days as a reporter to her current post as the paper’s executive editor, she has been unfailing in her convictions and a true inspiration. I am certain that our graduates will be energized by her words and personal story.”