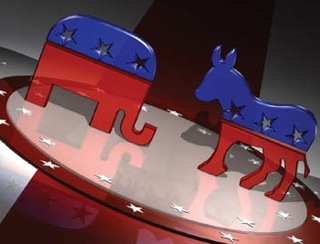 University of Virginia psychologist Jonathan Haidt is concerned about the level of “tribalism” in modern American politics. According to journal LiveScience, Haidt and his team gave a lecture recently on his study “The Righteous Mind: Why Good People Are Divided by Politics and Religion,” where he argued that “when politics are tied inextricably to morals, everything becomes sacred, from guns to flags to race. And when sacred values are threatened, people lash out.”

RELATED: Report: Societies That Get Drunk Together Actually Practice Monogamy

According to Haidt, polarization beginning in the 1980s has reached something of a peak, which is “troubling, because people tend to cluser around their moral in-group and view outsiders with only suspicion, not understanding.” The report breaks down what issues are most important to liberals and conservatives (the results are not shocking– for one, liberals care more about “inequality for its own sake”– and Haidt argues that “the good news is that the House is now so polarized that it can’t get any worse.”

Ultimately, his claim of danger comes from a threat of tribalism that would permanently hinder the government’s ability to get things done:

The danger, Haidt said, comes from humans’ innate tendency toward tribalism. In the days of the Civil Rights movement and the Vietnam war, there were liberal Republicans and conservative Democrats. Today, that’s hardly so. […]

But being as polarized as America is now is dangerous, he said. When politics are tied inextricably to morals, everything becomes sacred, from guns to flags to race. And when sacred values are threatened, people lash out. Debates are no longer disagreement, they’re treason. And political opponents aren’t just people with a different point of view.

“The worst person in the world is not your enemy,” Haidt said. “It’s the apostate or the traitor on your own team.”