Secretary of State Rex Tillerson states that Trump asked Putin about Russia’s 2016 election interference, though the two presidents exchanged pleasantries at multiple points before their extended meeting. According to Kasparov, Russian media is focusing intently on photos of Trump extending a handshake to Putin.

This photo already everywhere in Russian media (as was a similar one with Obama). Putin knows how to play this game. Trump reaching to him. pic.twitter.com/3Hn4DQUpLy

As Kasparov seems to insinuate, the Russia state media is figuring out how to frame the encounter between Putin and Trump so the Russian president looks more impressive than his American counterpart.

Thus far, Mediaite has found four Russian news sources who have tweeted out mentions of Trump’s handshake. As for whether these tweets are propaganda to put Putin in a more positive light, we’ll let you decide:

Prior to the meeting,#Putin, @realDonaldTrump shook hands, and said they expected positive results from their talks https://t.co/SA4tB3oDAv pic.twitter.com/3X0ePsTOPL

When you’re watching the news but you’ve seen it all before on @HouseofCards… (via @Amie_FR) pic.twitter.com/qCbOfv4A9m 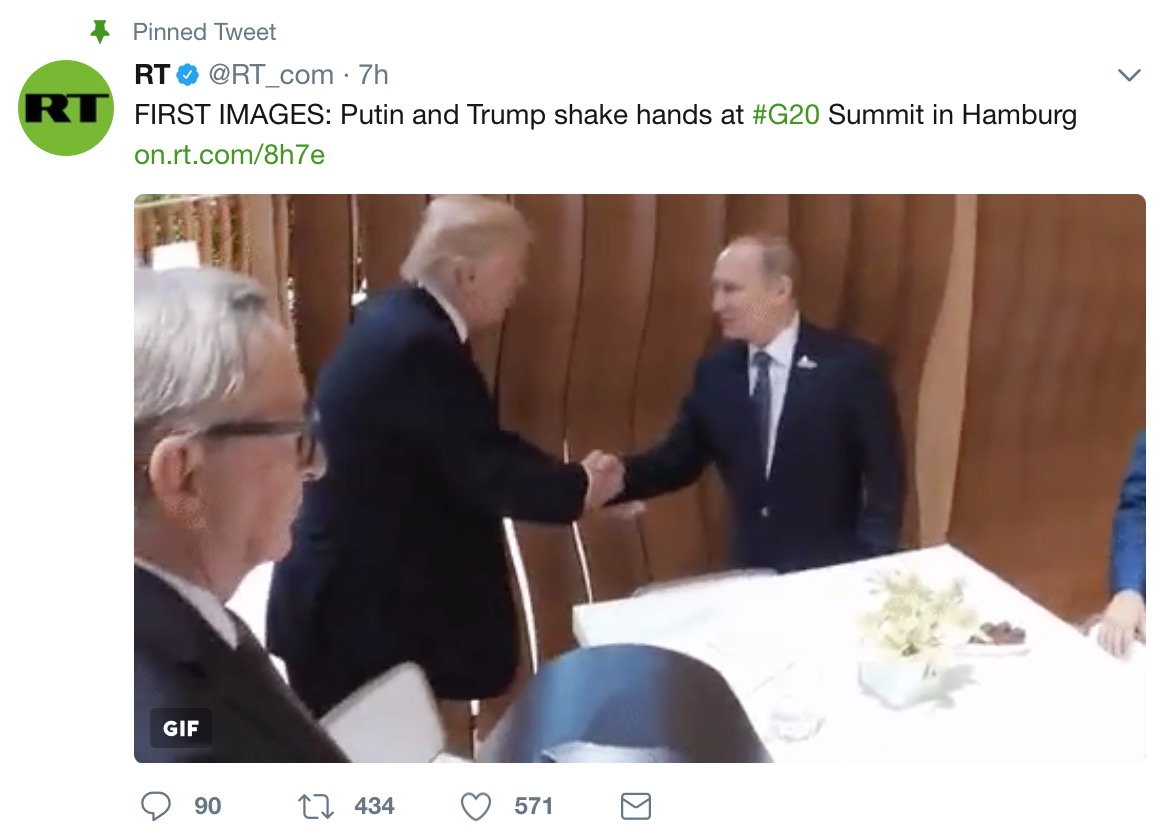