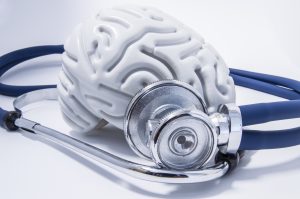 Judith Herman, M.D. is a professor of psychiatry at Harvard Medical School. Nanette Gartrell, M.D., was once at Harvard Medical School, too, in an assistant professor of psychiatry role. Dee Mosbacher, M.D., Ph.D., on the other hand (read: coast), was an assistant clinical professor at the University of California San Francisco. What do they have in common? Well, these high-ranking professors in the psychiatric field have all banded together to write a letter to President Barack Obama about their concerns that President-elect Donald Trump might have a mental illness that should preclude him from the office.

Here is that letter, courtesy of the Huffington Post:

We are writing to express our grave concern regarding the mental stability of our President-Elect. Professional standards do not permit us to venture a diagnosis for a public figure whom we have not evaluated personally. Nevertheless, his widely reported symptoms of mental instability — including grandiosity, impulsivity, hypersensitivity to slights or criticism, and an apparent inability to distinguish between fantasy and reality — lead us to question his fitness for the immense responsibilities of the office. We strongly recommend that, in preparation for assuming these responsibilities, he receive a full medical and neuropsychiatric evaluation by an impartial team of investigators.

They are calling for Obama to find a way to get Trump — on whom the Electoral College will vote today and who will take the office on January 20 — evaluated by a team of doctors.

Professors and experts have been speaking out in droves since November 8.