Reagan’s Daughter Rips Trump’s ‘Horrifying’ Quip: ‘I’m the Daughter of a Man Who Was Shot’

Reagan’s Daughter Rips Trump’s ‘Horrifying’ Quip: ‘I’m the Daughter of a Man Who Was Shot’ 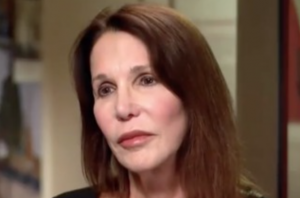 Trump continues to receive blowback from critics and the media for what he seemed to imply about how gun advocates might deal with Hillary Clinton and any justices she might name to the Supreme Court. Patti Davis responded to the mogul’s comments on Facebook Wednesday night, saying that by drumming up his supporters this way, Trump is creating the same kind of motivating factor that inspired John Hinckley Jr. to shoot her dad.

“I am the daughter of a man who was shot by someone who got his inspiration from a movie, someone who believed if he killed the President the actress from that movie would notice him,” Davis wrote. “It was heard by sane and decent people who shudder at your fondness for verbal violence.”

Declaring that “words matter,” Davis went on to say that Trump is steadily taking people from the “lock her up” chants to a much more ominous place.

“It was heard by the person sitting alone in a room, locked in his own dark fantasies, who sees unbridled violence as a way to make his mark in the world, and is just looking for ideas.”

It would seem that Davis shares the sentiments of her brothers Ron and Michael Reagan, both of whom have condemned Trump and said he is not their father’s successor. Family members of John F. Kennedy have also released an op-ed today, describing their “revulsion” for Trump’s “disqualifying” comments.