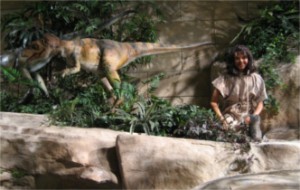 Youngstown, Ohio schools are teaching creationism to their students using materials produced by a Holocaust-denying Muslim who leads a messianic sex cult, according to a report in The Daily Beast.

“The students examine the content of evolution and intelligent design and consider the merits and flaws of both sides of the argument,” reads a curriculum synopsis, outlining the protocol for teaching evolutionary biology in Youngstown city schools. This echoes the “teach the controversy” tactic which has been the preferred method of creationists lobbying to shoehorn religion into science classes under the gild of “intelligent design.”

In this case, however, one of the sources prescribed to teachers to cast doubt on Darwin’s theories is a video entitled “Cambrian Fossils and the Creation of Species,” which is — according to an intertitle — “based on the world of Harun Yahya. 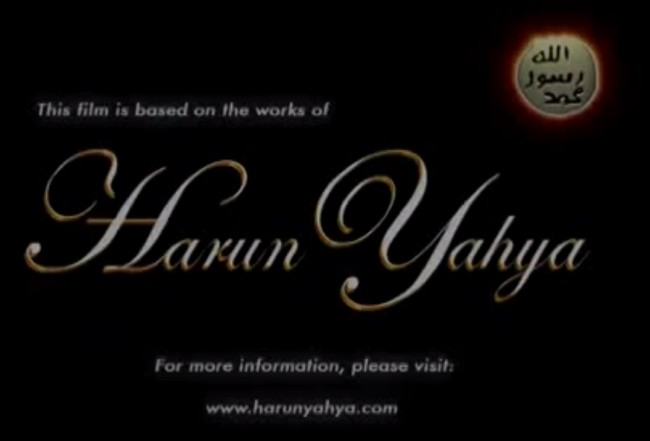 Title card before “Cambrian Fossils and the Creation of Species”

Harun Yahya, whom The Daily Beast has covered before, is a pseudonym for Adnan Oktar, a creationist cult leader and Islamic televangelist who owns Turkey’s A9 TV channel. Yahya (along with his followers) is the author of hundreds books, including an 800 page Atlas of Creation, and another (PDF), which Oktar has now disavowed, titled The Holocaust Deception: The Hidden Story of Nazi-Zionist Collaboration and the Inner Story of the Hoax of “Jewish Holocaust.”

On Oktar’s A9 channel, a group of women in tight-fitting designer clothes and dyed blonde hair help him promote Islam and attack evolution, all the while calling him “master.” Oktar refers to the women as his “kittens,” and as Slate reports, he “offers [his kittens’] beauty as evidence of Islamic creationism.”

[…] Oktar has also hinted that he’s the Mahdi, a messianic figure in Islam, whose coming will signal the end times, and that his fight against evolution is part of fighting Islam’s Antichrist, the Dajjal.

The complete article, which includes harrowing descriptions of Yahya’s group, as well as a disquieting run-down of some of the other places where Youngstown City Schools are getting their dubious educational materials. can be viewed at the Daily Beast.

[image by Anthony5429. Exhibit at the Creation Museum in Petersburg, Kentucky, via Wikicommons]