Recordings Led to FBI, DOJ Battle Over Whether to Investigate Clinton Foundation 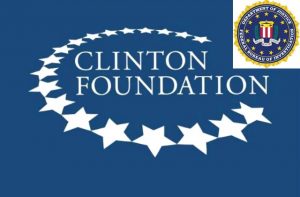 A new report out tonight says that there were some pretty fierce internal tensions between FBI investigators and Justice Department officials over whether they had enough to pursue an “aggressive” investigation into the Clinton Foundation.

The Wall Street Journal put out this new report tonight days after the paper reported that the FBI investigation may have been shut down completely by the DOJ.

First off, there was apparently quite a bit of disagreement as to which side of this the number two person at the FBI and U.S. attorney Robert Capers were on:

Amid the internal finger-pointing on the Clinton Foundation matter, some have blamed the FBI’s No. 2 official, deputy director Andrew McCabe, claiming he sought to stop agents from pursuing the case this summer. His defenders deny that, and say it was the Justice Department that kept pushing back on the investigation.

At times, people on both sides of the dispute thought Mr. Capers agreed with them. Defenders of Mr. Capers said he was straightforward and always told people he thought the case wasn’t strong.

The FBI reportedly started to look into the foundation after the release of the book Clinton Cash: The Untold Story of How and Why Foreign Governments and Businesses Helped Make Bill and Hillary Rich by Breitbart News Senior Editor-at-Large Peter Schweitzer.

Schweitzer was interviewed by the FBI, but it was another interview they conducted that led to some questions being raised about whether they had a case:

The FBI had secretly recorded conversations of a suspect in a public-corruption case talking about alleged deals the Clintons made, these people said. The agents listening to the recordings couldn’t tell from the conversations if what the suspect was describing was accurate, but it was, they thought, worth checking out.

Prosecutors thought the talk was hearsay and a weak basis to warrant aggressive tactics, like presenting evidence to a grand jury, because the person who was secretly recorded wasn’t inside the Clinton Foundation.

FBI investigators grew increasingly frustrated with resistance from the corruption prosecutors, and some executives at the bureau itself, to keep pursuing the case.

In fact, someone from the DOJ reportedly called McCabe to complain about agents seemingly “disregarding or disobeying their instructions.”

This report comes on the heels of another report from Fox News earlier tonight that the FBI investigation into the Clinton Foundation is now reportedly a “very high priority.”

“There is an avalanche of new information coming in every day,” one source told Fox News, who added some of the new information is coming from the WikiLeaks documents and new emails.

FBI agents are “actively and aggressively pursuing this case,” and will be going back and interviewing the same people again, some for the third time, sources said