Rush Limbaugh In Hospital Due To Chest Pains, ‘Resting Comfortably’ 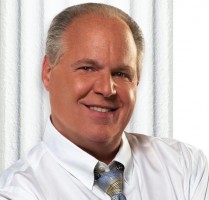 Conservative talk show host Rush Limbaugh has been rushed to a Queen’s Medical Center in Honolulu, and is reportedly in serious condition, according to local reports. Limbaugh has had a rather dramatic fluctuation of weight gain/loss, most recently shedding 90 pounds from Spring to late Summer of 2009. ABC News is now reporting that Limbaugh is “resting comfortably.” Coincidentally, the Hospital where Limbaugh is resting is the same where Barack Obama was born.

Paramedics responded to the call at 2:41 p.m. at the Kahala Hotel and Resort. Limbaugh suffered from chest pains, sources said. Paramedics treated him and took him to Queen’s Medical Center in serious condition.

He was seen golfing at Waialae Country Club earlier this week. The country club is next to the Kahala Hotel and Resort.

The radio show host had been in the islands during the holidays.

“Rush appreciates your prayers and well wishes, and he will keep you updated via RushLimbaugh.com.”

Limbaugh had been scheduled to return to his talk show Jan. 4 but a spokesman told ABC News that it is unclear whether he will be back by then.