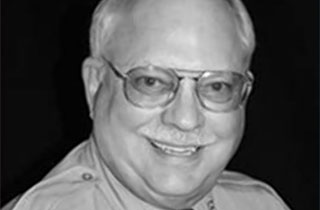 According to the Tulsa World News, multiple supervisors were reprimanded after refusing to falsify records for Robert Bates, the Tulsa reserve deputy who fatally shot Eric Harris last weekend after accidentally firing his gun instead of his taser. Bates has been charged with second-degree manslaughter.

Bates, a millionaire insurance executive who has served as the Tulsa Sheriff’s Office unofficial benefactor, has been accused of buying his way onto the force. In an exchange with CNN’s Chris Cuomo yesterday, Bates’ lawyer insisted he was an experienced deputy.

Bates’ title of “advanced reserve deputy” would have required 480 hours of training. But sources told the Tulsa World that the department “[gave] him credit for field training he never took and firearms certifications he should not have received.” The paper reported:

At least three of reserve deputy Robert Bates’ supervisors were transferred after refusing to sign off on his state-required training, multiple sources speaking on condition of anonymity told the World.

…Additionally, Sheriff Stanley Glanz told a Tulsa radio station this week that Bates had been certified to use three weapons, including a revolver he fired at Harris. However, Glanz said the Sheriff’s Office has not been able to find the paperwork on those certifications.

The Sheriff’s Office denied the report. “The training record speaks for itself. I have absolutely no knowledge of what you are talking about,” a spokesperson said. “There aren’t any secrets in law enforcement. Zero. Those types of issues would have come up.”

Tulsa World News had previously reported that Bates had made donations to the Sheriff’s reelection campaign and donated thousands of dollars of vehicles and equipment to the department.